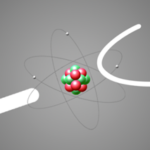 Written by katrinlink on 11th February 2020. Posted in

Over the past year, the Scientific Advisory Committee (SAC) received mandate from the General Assembly to form a Dark Matter (DM) Direct Detection sub-committee, which is now ready to begin its work.

How to detect Dark Matter (credit: HAP / A. Chantelauze)

It is chaired by Leszek Roszkowski, who is supported by 12 experts from different fields covering relevant aspects of direct detection such as experiments targeting axion searches, LAr and LXe experiments, scintillating crystals, CCDs, theory and astronomy and cosmology connections, as well as connections with collider measurements.To aid in the discussions and to formulate concrete recommendations for the experimental effort in direct DM detection for the next decade, the DM Direct Detection committee is expected to provide an assessment of current and future scientific opportunities in non-accelerator DM searches, and to summarize the results in a written report.

The final report is expected to include:

The report is expected to be a useful and valuable resource not only for experts but also for a wider community of astroparticle physics and related research areas. It would therefore be welcome if the broader implications of low background physics and the search for rare events could also be discussed, as well as the relevance of the programme for the training of the next generation of researchers.