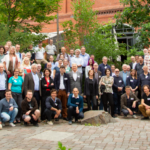 Written by katrinlink on 13th July 2022. Posted in 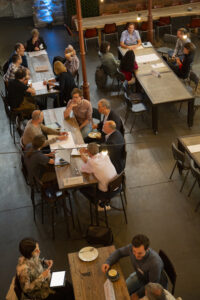 As input to the Town Meeting, written community feedback was obtained over the last months and together with the oral feedback from the Town Meeting, the APPEC Scientific Advisory Committee will release a draft Strategy Update document by fall for final community feedback. The Strategy Update is expected to be released by APPEC before the end of the year.

The first day of the town meeting was dedicated to discussions in small groups. According to their stated interests, the participants were put into mixed discussion groups with 4-6 participants and 14 different topics were discussed in eight rounds. In addition, there was the opportunity to discuss further topics during the “Open microphone speeches”.

After initial skepticism, this concept was subsequently highly praised and contributed a great deal to the successful outcome of the meeting. Especially after the long Corona break, without face-to-face meetings, the need for informal and personal discussions was very high and sufficient time was made available for these, which was gratefully appreciated by the participants. 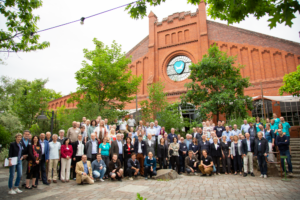 In the late afternoon and evening of the first day the outcomes of the discussions were collected by the table hosts together with the topical summary speaker who presented the results on Friday morning. From all the summary talks, it was the task for the APPEC SAC Chair to identify the most important topics and how to incorporate them into the midterm review and finally the update document. This was presented in a final presentation on Friday afternoon.

For a scientifc summary of the results please have a look at this recording from the final presentation by S. de Jong.

Please find all presentations from Friday on the indico: https://indico.desy.de/event/25372/timetable/#20220610.detailed
You can also find a video recording of all plenary talks here: Part I, Part II, Part III