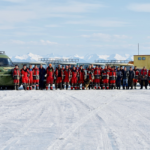 Written by katrinlink on 3rd July 2019. Posted in

Two new clusters of optical modules of the Baikal deep underwater neutrino telescope, Baikal-GVD, were put into operation. The effective volume of the facility, which already includes five clusters, increased to 0.25 km3. 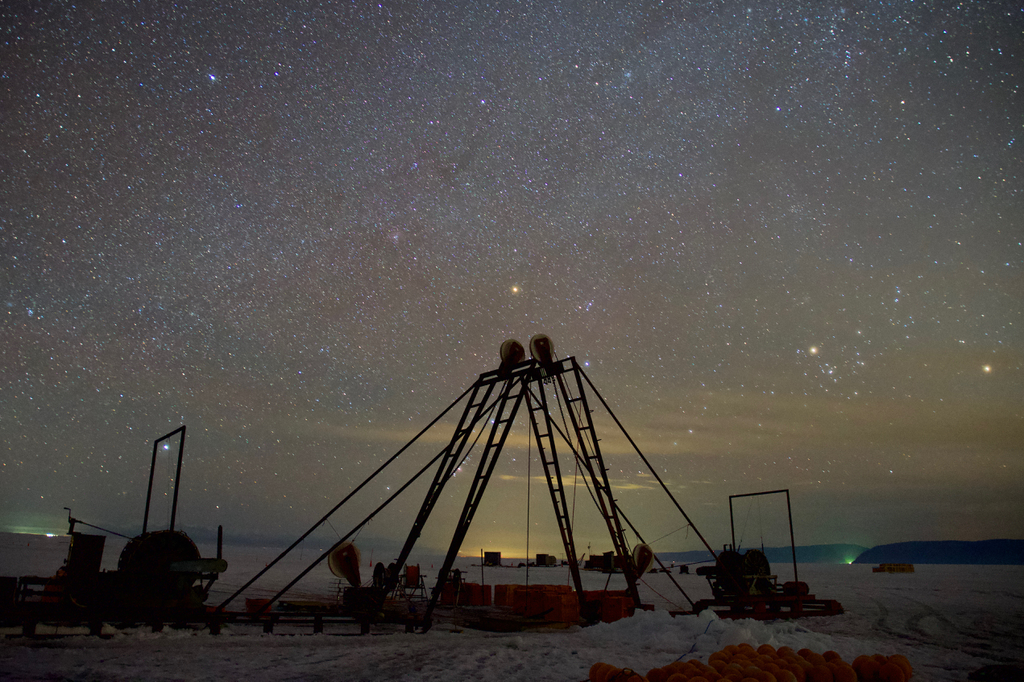 Night sky on the Baikal Lake during the expedition 2019.

Neutrinos, due to their weak interaction, are unique messengers of domains in the Universe, opaque to any other particles.

The proposal to detect high energy neutrinos with help of large natural media like water was first made by a Soviet physicist M.A. Markov in 1960. The key of neutrino detection is the Cherenkov light produced by charged energetic particles born in the neutrino interaction.

The lake Baikal pioneered the field by the first observation of atmospheric neutrinos by a deep-underwater detector in the 90’s, thus proving the proposal of M.A. Markov. The next breakthrough was due to the IceCube experiment on the South Pole in 2012 which discovered astrophysical neutrinos of ultra-high energies 1. 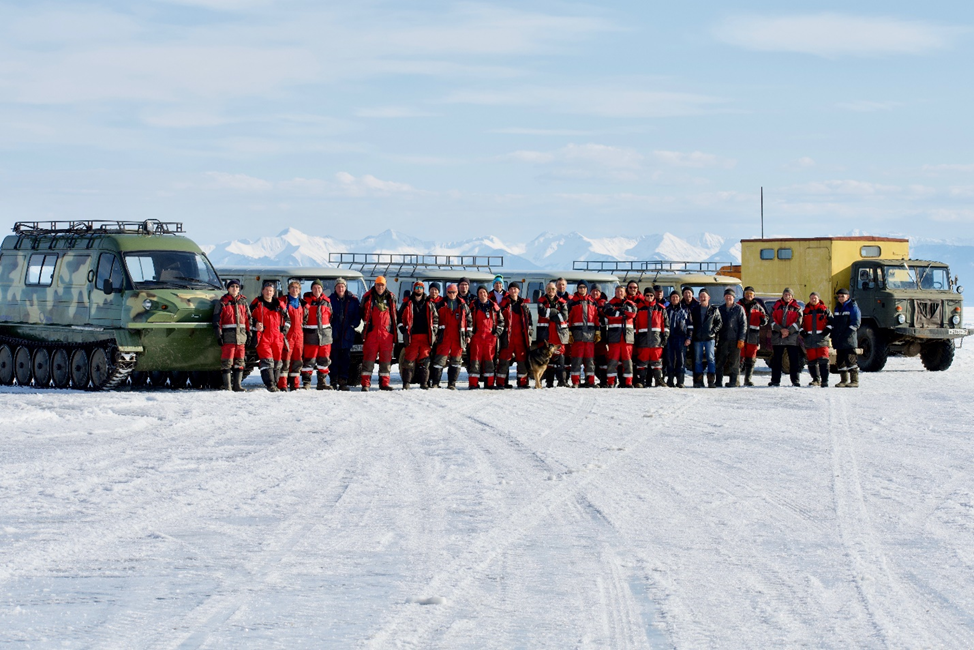 The last photo before leaving the ice. Expedition 2019 is completed.

In 2015 the Baikal-GVD Collaboration, led by the Institute of Nuclear Research (Moscow) of Russian Academy of Science and Joint Institute for Nuclear Research (Dubna), started deployment of the deep-underwater neutrino telescope of cubic-kilometer scale, Baikal-GVD, consisting of independent physical units, so called clusters.

As reported by the Collaboration two more clusters were brought into operation during the expedition to Lake Baikal from 15 February to 12 April 2019. This is the result of joint efforts in research, developments, production and assembly. Remarkably, this is the first time when two clusters were installed during one expedition.

In total, five clusters, including all auxiliary systems, have been repeatedly tested and put into regular data acquisition mode. Each cluster consists of 8 vertical strings of optical modules with each string containing 36 modules. There are 1440 optical modules in total, placed at a depth of 750 – 1350 m located 4 km away from the bank of Lake Baikal, near the 106th km of the Circum-Baikal Railway.

The effective volume of the facility reached a level of 0.25 km3 for shower events from high-energy neutrinos, thus allowing scientists to expect two to three events per year from astrophysical neutrinos with energies exceeding 100 TeV.

The Baikal deep underwater neutrino telescope is a unique scientific facility, and, along with IceCube, ANTARES and KM3NeT, is part of the Global Neutrino Net (GNN).

The full press-release (in Russian) is available at: