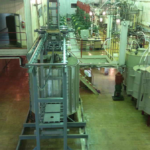 Written by katrinlink on 18th July 2019. Posted in

The Baksan Neutrino Observatory (BNO) of the Institute for Nuclear Research of the Russian Academy of Sciences started the BEST (Baksan Experiment on Sterile Transitions) experiment with a 51Cr artificial electron neutrino source to search for the transitions of electron neutrinos to sterile states on very short baseline. The 51Cr source with an estimated activity of 3.28 MCi was delivered to BNO on July 5, 2019, and has been immediately placed at the center of the two-zone target of liquid gallium. At 14:02 Moscow time, the first run of the experiment has begun.

The idea of BEST is to place a 51Cr source with an initial activity of about 3 MCi in the center of the 50-tonne target of liquid gallium metal, which is divided into two concentric zones, the inner 8-ton volume and the outer 42-ton one. Assuming no transition of electron neutrino to eV-scale sterile states, at the beginning of exposure one expects a mean of 65 atoms of 71Ge per day to be produced by the neutrinos from the source in each zone. However, if oscillations to a sterile neutrino take place, then the germanium production rates in the outer and inner zones of gallium would be different. This opens the possibility to obtain information on the allowed regions of the oscillation parameters of active-sterile neutrino transitions.

The source is delivered and placed to the BEST setup.

The chromium used for the source production was enriched to 98% in 50Cr. The enriched chromium was produced by the Joint Stock Company “Production Association “Electrochemical Plant” (JSC “PA ECP”) by gas centrifugation of chromium oxyfluoride, CrO2F2. The source was produced by irradiating of 4007.5 g of the 98% -enriched 50Cr in a high-flux research nuclear reactor SM at RIAR Dmitrovgrad, Russia. The source consists of 26 metallic Cr disks, each of 88 mm diameter and 4 mm thickness, placed in a steel capsule shielded by a tungsten biological protection. The overall dimensions of the source are: 160 mm diameter and 226 mm height. 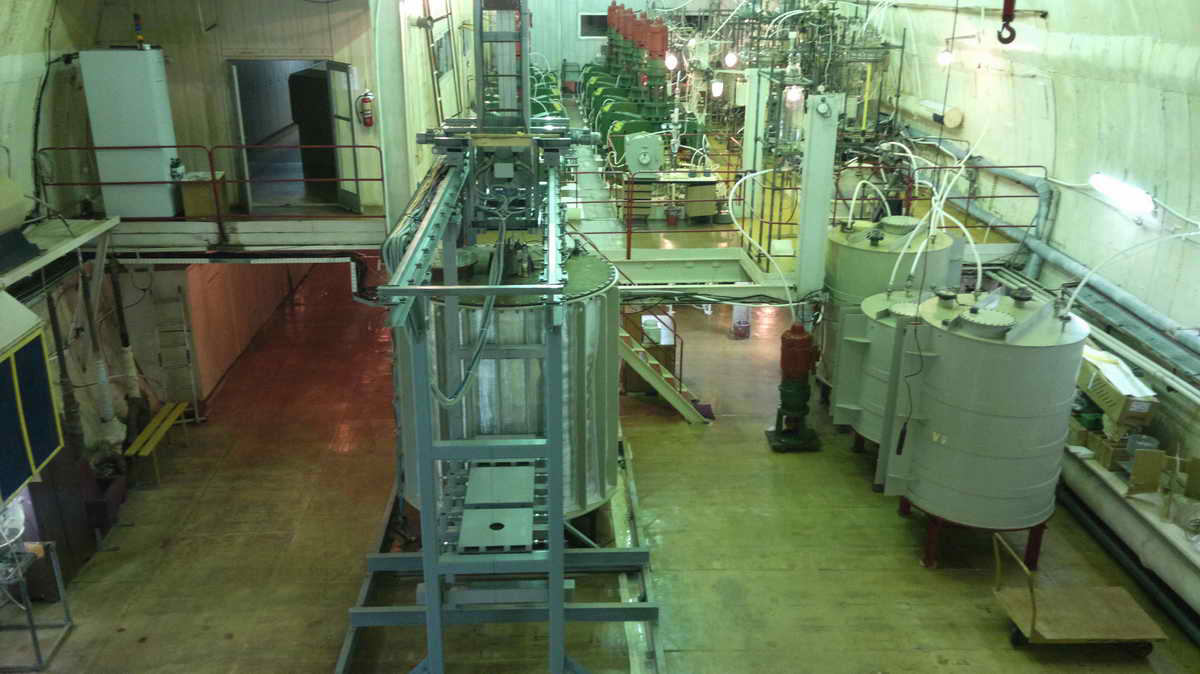 Main hall of GGNT with the assembled BEST setup. 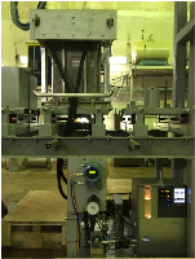 For BEST, a set of new facilities including the two-zone tank for irradiation of 50 tons of metal Ga as well as additional modules of the GGNT counting and extraction systems were constructed. Ten exposures of the gallium to the source, each of 9 days duration, will be carried out. The source activity will be determined by measuring its heat with a calorimeter system and by gamma-ray spectroscopy with high-purity germanium detectors between extractions for the ten measurements. Expected accuracy of measurements of the source intensity is better than 1%.