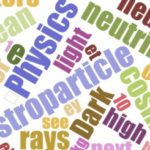 Written by katrinlink on 1st October 2009. Posted in

Four hundred years ago, Galileo was the first one to look at the sky with a telescope. About 100 years ago a new era for astrophysics began with the first astroparticle physics experiments that led to the discovery of cosmic rays. European physicists take the opportunity of the International Year of Astronomy to celebrate this anniversary.

From 10 to 17 October 2009, in France, Italy, Spain and many other countries, astroparticle physicists will meet the public to reveal some of the most exciting mysteries of the Universe. Within the first European Week of Astroparticle Physics, they will organise about 50 events all over Europe: open days, talks for the general public, exhibitions…

The first precursor experiments discovered cosmic ray radiation about a century ago. From 1909 to 1911, physicist Theodor Wulf tried to measure differences of radiation at different altitudes from the Netherlands to Switzerland, and even on top of the Eiffel Tower. In 1912, Victor Franz Hess measured a significant increase of radiation using a balloon for his experiments, flying up to 5000 meters. He was awarded the Nobel Prize for “his discovery of cosmic radiation” in 1936.

Paris will honour astroparticle physics pioneers at the Montparnasse Tower – the highest building in Paris – which will become a real cosmic rays detector during the entire week. It will welcome the public for animations and meetings with scientists. At night a laser beam will link the ancient Paris Observatory and the Montparnasse Tower, flashing in syncronisation with the detection of cosmic rays.

In Czech Republic, The Netherlands, Poland, Romania… laboratories will open their doors or organise special events where physicists will meet the public.

While the roots of astroparticle physics date back one century ago, it has been developing strongly on the last  30 years, opening new windows to the Universe. Astroparticle physics aims to answer fundamental questions such as “What is dark matter?”, “What is the origin of cosmic rays?” or “What is the nature of gravity?”. In underground laboratories or with specially designed telescopes, antennas and satellite experiments, astroparticle physicists employ new detection methods to hunt a wide range of cosmic particles, such as neutrinos, gamma rays, and cosmic rays.

Cosmic rays are tiny particles coming from Space. Created in the core of stars and other cosmic bodies, they reach the Earth, providing a lot of information about their sources and the Universe. Physicists and astronomers think that the cosmic rays of the highest energies come from the most violent phenomena in the Universe such as supernova explosions and black holes.

As part of the International Year of Astronomy IYA2009, the European Week of Astroparticle Physics is an initiative of ASPERA and ApPEC*, the bodies coordinating astroparticle physics in Europe.

1909-1910: Theodor Wulf studies radiation in several places: in the Netherlands, on top of the Eiffel Tower in Paris, on the Swiss mountains, trying to detect a change of radiation with the altitude.

1912: Victor Hess flyes to 5200 metres in a balloon and demonstrates the existence of radiation coming from the sky (picture). He was awarded the Nobel Prize in 1936 for his discovery of cosmic rays.

1930: Pierre Auger discovers particle showers, which come from the collisions between cosmic rays and particles of the atmosphere.

1956: Frederick Reines & Clyde Cowan discover the neutrinos. Reines was awarded the Nobel Prize in 1995 for this work.

1989: The first source of high-energy gamma rays is discovered.

1998: Cosmic neutrinos reveal the oscillatory nature of these particles.

2002: Raymond Davis and Masatoshi Koshiba are awarded the Nobel Prize for detecting cosmic neutrinos from the Sun and from SN 1987A.

ASPERA, the AStroParticle European Research Area is a network of European national funding agencies responsible for astroparticle physics. ASPERA is funded by the European Commission within FP7, the 7th Framework Programme.

ApPEC is the Astroparticle Physics European Coordination. It was founded in 2001 when six European scientific agencies took the initiative to coordinate and encourage astroparticle physics in Europe.