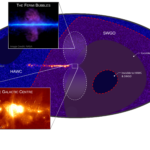 Written by katrinlink on 18th July 2019. Posted in

On July 1st 2019, close to 40 research institutions from nine countries officially signed the agreement for the creation of a new international R&D collaboration for a future wide field-of-view gamma ray observatory in the southern hemisphere. The founding countries of the newly created Southern Wide field-of-view Gamma-ray Observatory (SWGO) are Argentina, Brazil, Czech Republic, Germany, Italy, Mexico, Portugal, the United Kingdom and the United States of America, creating a worldwide community around the project. SWGO unifies different communities that were already involved in R&D in this field. The signature of the agreement comes after a successful meeting of the scientists from the different countries, held in Lisbon in May. 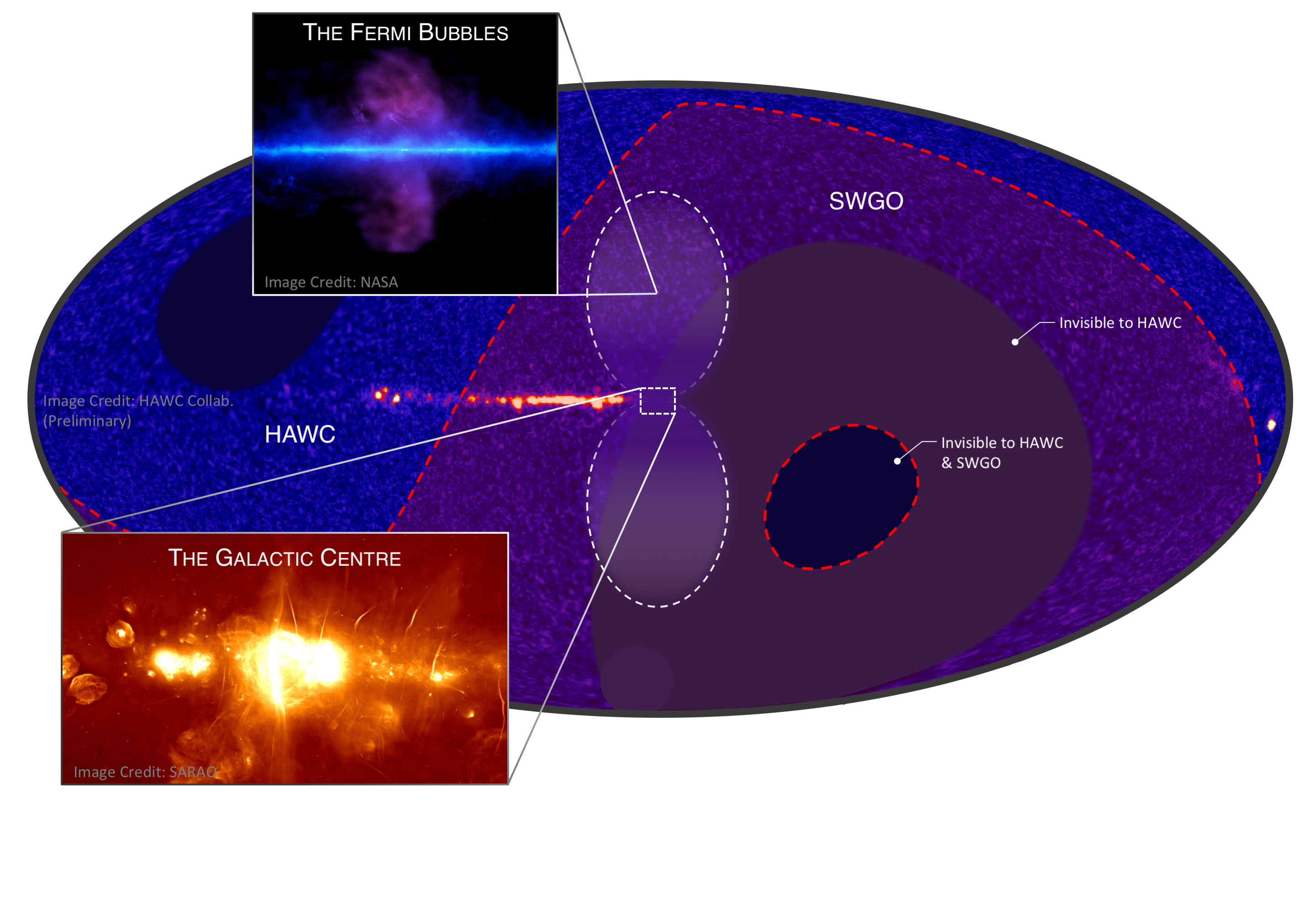 The new observatory is planned to be installed in the Andes, at an altitude above 4.4 km, to detect the highest energy gamma rays – particles of light billion or trillions of times more energetic than visible light. It will probe the most extreme phenomena and environments to address some of the most compelling questions about our Universe, from the origin of high-energy cosmic rays to searching for dark matter particles and for deviations from Einstein’s theory of relativity. Its location in the southern hemisphere will allow the most interesting region of our galaxy to be observed directly, in particularly the Galactic Centre, hosting a black hole four million times the mass of the sun. Wide field-of-view observations are ideal to search for transient sources but also to search for very extended emission regions, including the ‘Fermi Bubbles’ or annihilating dark matter, as well as to discover unexpected phenomena. The new observatory will be a powerful time-variability explorer, filling an empty space in the global multi-messenger network of gravitational, electromagnetic and neutrino observatories. It will also be able to issue alerts and be fully complementary to the next generation imaging atmospheric Cherenkov telescope array, CTA.

The baseline for the new observatory will be the approach of the current ground-based gamma-ray detectors, namely HAWC in Mexico and LHAASO in China. In particular, water Cherenkov detectors will be used to sample the particle showers produced by gamma rays in the atmosphere, by recording the light produced when particles pass through tanks full of purified water. New layouts and technologies will however be explored in order to increase the sensitivity and lower the energy threshold of the observatory. 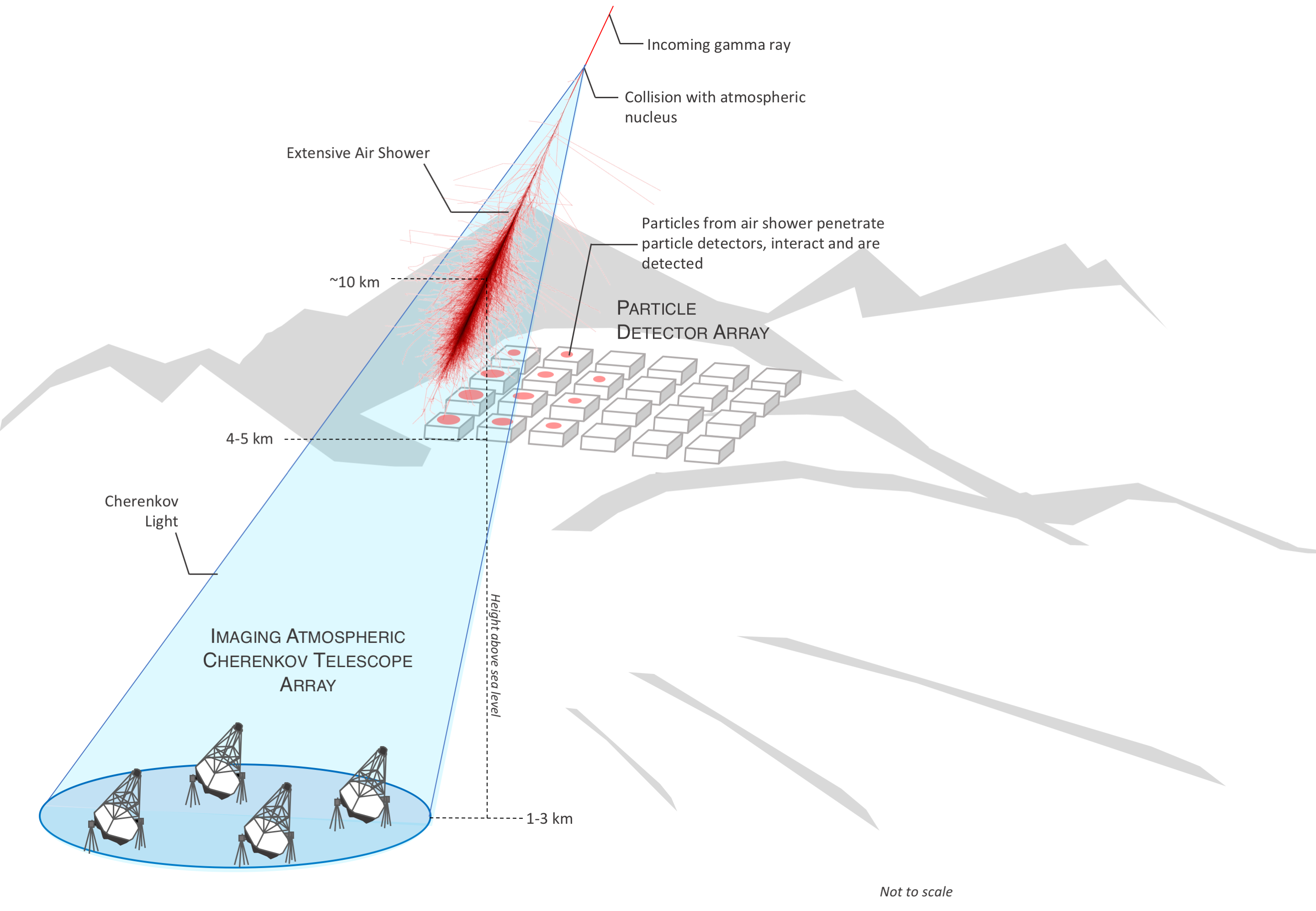 The first very-high-energy gamma-ray emission was observed only 30 years ago, from the Crab Nebula. Hundreds of sources have been discovered since then at these extreme energies. Many extragalactic and some galactic sources present variability, and the duration of flares and transients can be days, hours, minutes or even just a few seconds. The study of these phenomena requires instruments such as SWGO, able to monitor in a continuous way large portions of the sky, sensitive to energies above the reach of satellite-based experiments, and operating in a multi-messenger context: able to alert and to follow up on neutrino and gravitational wave detections as well as other photon observatories.

Direct detection of primary gamma-rays is only possible with satellite-based detectors, such as Fermi. However, the cost of space technology limits the size of satellite-borne detectors, and thus their sensitivity, as fluxes become too small at higher energies. In the atmosphere, gammas interact creating a shower of particles. These showers can be studied in observatories of two complementary types: imaging atmospheric Cherenkov telescopes, pointing instruments such as CTA, and high altitude air shower arrays, such as SWGO. Cherenkov telescopes are highly sensitive pointing detectors, with high precision but limited duty cycle and narrow field-of-view, benefiting from pointing alerts provided by complementary observatories. Wide field-of-view observations from the ground have the highest energy reach, and are ideal to search for transient sources and for emissions from very extended regions of the sky.

PIs and signing institutes per country