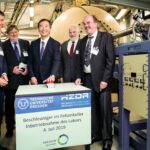 Exploring the inside of the sun and stars

What is happening inside the sun and the countless other stars of the universe? This question concerns scientists worldwide. After two years of construction, a new research facility has now been inaugurated: On 4 July, the Felsenkeller Laboratory jointly built by Helmholtz-Zentrum Dresden-Rossendorf (HZDR) and TU Dresden was commissioned. The research facility, located on the south-western outskirts of Dresden in the former Felsenkeller brewery, was opened in the presence of Physics Nobel Laureate Prof. Takaaki Kajita from the University of Tokyo. 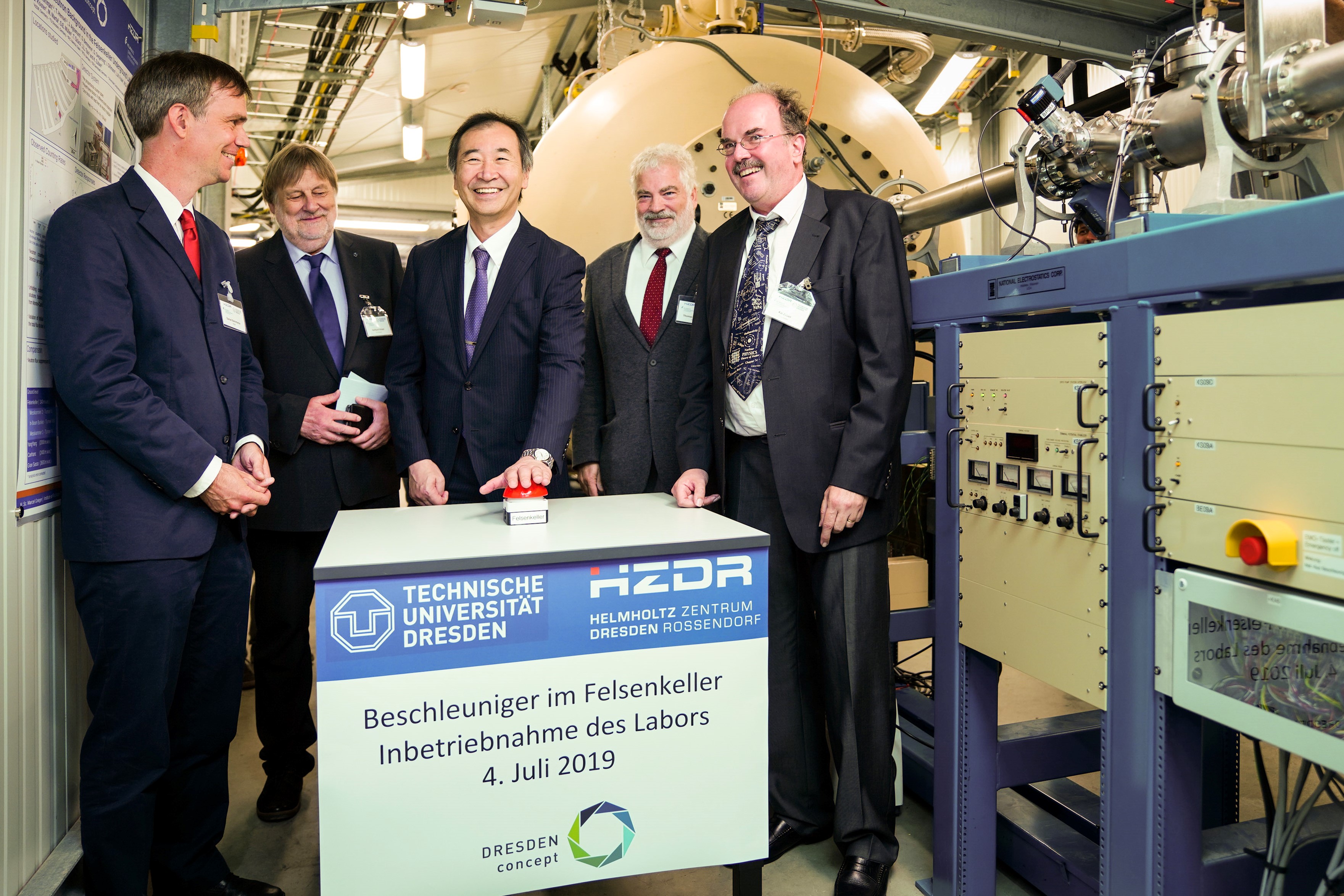 “The underground accelerator in the Felsenkeller will be a crucial tool to understand the origin of the elements in the universe and to make better predictions about the neutrino flux from the Sun. Since this machine is open to scientists from all over the world, the entire nuclear astrophysics community can benefit from it. As a neutrino and gravitational wave physicist, I am therefore very much looking forward to new data from the Felsenkeller underground particle accelerator,” Kajita explained at the opening ceremony of the ion accelerator, which is located beneath a 45-metre-thick rock surface. The Dresden laboratory is only the second of its kind in Europe and the third in the world. “This enables us to simulate fundamental processes that take place in all stars,” added Dr. Daniel Bemmerer of the HZDR, technical director of the Felsenkeller Laboratory.

Kajita and Prof. Arthur B. McDonald from Canada were honoured with the Nobel Prize in Physics in 2015 for their discovery that tiny elementary particles released by reactions inside the Sun, or created in the Earth’s atmosphere, transform into another particle family on their way to Earth, the so-called neutrino-flavour oscillation.

Encouraged by this discovery, physicists around the world have since then been working to improve the model of the Sun in order to obtain more precise predictions about the number of neutrinos emitted by the Sun, i.e. before oscillation. For this purpose, among other things, the nuclear reactions from the interior of the sun are simulated in the laboratory. Because these reactions take place very slowly, they can only be studied underground in specially shielded accelerator laboratories. The tunnel rock forms a natural shield against cosmic radiation, which bombards the earth with particles every second. “Since this distorts our measurements, we cannot perform the experiments on the Earth’s surface,” explained Kai Zuber, Professor of Nuclear Physics at TU Dresden and scientific director of the laboratory.