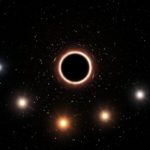 Written by katrinlink on 26th July 2018. Posted in

Observations made with ESO’s Very Large Telescope have for the first time revealed the effects predicted by Einstein’s general relativity on the motion of a star passing through the extreme gravitational field near the supermassive black hole in the centre of the Milky Way. This long-sought result represents the climax of a 26-year-long observation campaign using ESO’s telescopes in Chile.

Obscured by thick clouds of absorbing dust, the closest supermassive black hole to the Earth lies 26 000 light-years away at the centre of the Milky Way. This gravitational monster, which has a mass four million times that of the Sun, is surrounded by a small group of stars orbiting around it at high speed. This extreme environment — the strongest gravitational field in our galaxy — makes it the perfect place to explore gravitational physics, and particularly to test Einstein’s general theory of relativity.

New infrared observations from the exquisitely sensitive GRAVITY [1], SINFONI and NACO instruments on ESO’s Very Large Telescope (VLT) have now allowed astronomers to follow one of these stars, called S2, as it passed very close to the black hole during May 2018. At the closest point this star was at a distance of less than 20 billion kilometres from the black hole and moving at a speed in excess of 25 million kilometres per hour — almost three percent of the speed of light. 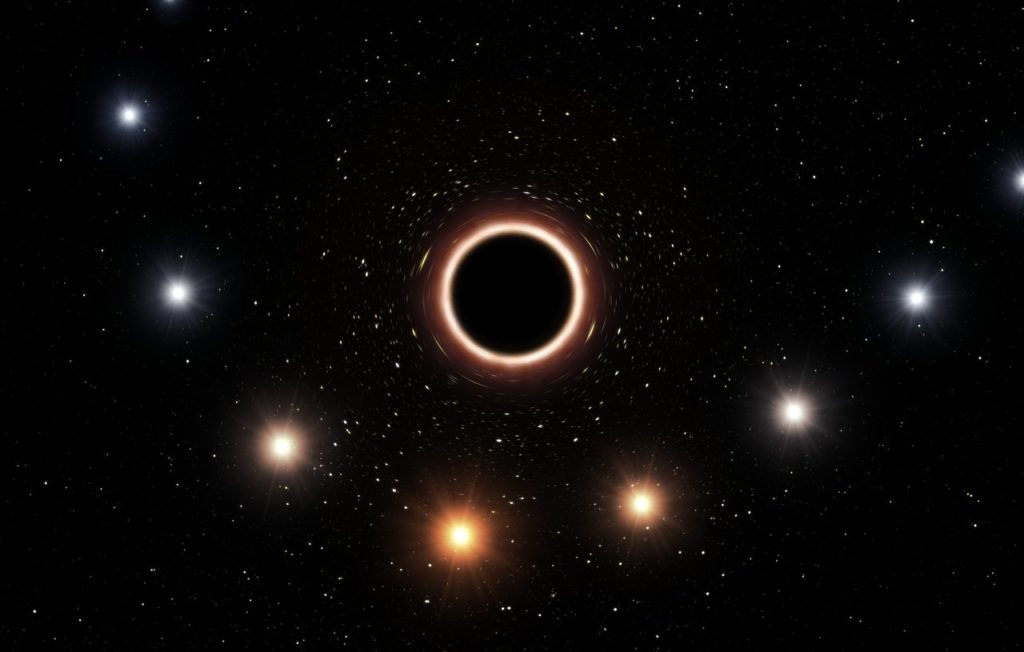 This artist’s impression shows the path of the star S2 as it passes very close to the supermassive black hole at the centre of the Milky Way. As it gets close to the black hole the very strong gravitational field causes the colour of the star to shift slightly to the red, an effect of Einstein’s general thery of relativity. In this graphic the colour effect and size of the objects have been exaggerated for clarity.

These extremely precise measurements were made by an international team led by Reinhard Genzel of the Max Planck Institute for Extraterrestrial Physics (MPE) in Garching, Germany, in conjunction with collaborators around the world, at the Paris Observatory–PSL, the Université Grenoble Alpes, CNRS, the Max Planck Institute for Astronomy, the University of Cologne, the Portuguese CENTRA – Centro de Astroﬁsica e Gravitação and ESO. The observations are the culmination of a 26-year series of ever-more-precise observations of the centre of the Milky Way using ESO instruments.