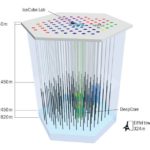 Forefront science with IceCube and beyond

Written by katrinlink on 28th April 2015. Posted in An interview with Marek Kowalski and Olga Botner

IceCube, the South Pole neutrino observatory, is a large scientific facility – the only cubic-kilometre detector constructed so far using natural ice as a Cherenkov medium. An array of more than 5000 digital optical modules records the very rare collisions of neutrinos to probe distant astrophysical sources, search for dark matter and study the properties of these elusive particles themselves. The IceCube construction was completed in late 2010 and the facility has been providing scientists with large amounts of data ever since.

More than ten thousand high-energy neutrinos pass the detector surface per second, but only a few hundreds can be detected per day by the cubic kilometre detector, most of them originating in the Earth’s atmosphere. Far rarer are neutrinos with cosmic origin from our galaxy or beyond, which have long been theorized to probe the most violent astrophysical sources (supernovas, gamma-ray bursts, pulsars, black holes, and other extreme phenomena of extragalactic origin).

In November 2013 the IceCube Collaboration announced the discovery of the first high energy neutrinos, providing solid evidence for astrophysical neutrinos originating outside our solar system. The importance of this discovery has been acknowledged by the scientific community (awarded the “breakthrough of the year” by the British magazine Physics World), revealing their potential to explore our universe at energies at the PeV scale (1 Peta-electron-volt equals 1 million GeV) and above, where most of the universe is opaque to high-energy photons. The highest-energy neutrino event observed by IceCube, with an estimated energy of 2 PeV. It was dubbed “Big Bird” (Credit: IceCube Collaboration).

Recently, the collaboration announced that the DeepCore array (designed to lower the IceCube neutrino energy threshold to energies as low as about 10 GeV) measured neutrino oscillations with high precision, providing further evidence that neutrinos change their identity as they travel through the Earth and its atmosphere. The observation of these neutrino oscillations results in significantly improved constraints on the neutrino oscillation parameters.

The latest results from Deep Core indicate that IceCube, originally designed to detect neutrinos from astrophysical sources, is actually turned into a multipurpose detector that can also deliver frontier particle physics results. This is very timely, in view of the planned upgraded detector called PINGU (Precision IceCube Next Generation Upgrade), a multinational effort run by the IceCube Collaboration to measure neutrino properties with high precision. And even more importantly, in view of the recently formed IceCube-Gen2 Collaboration, planning a full extension of the IceCube detector (including the PINGU sub-array).

In the interview below Prof. Marek Kowalski, from the Humboldt-Universität in Berlin and DESY Zeuthen, and Prof. Olga Botner, from Upsala University and IceCube Spokesperson, talk about the importance of the latest Deep Core results, the planned PINGU detector and IceCube-Gen2.

Q: What are the so-called neutrino oscillations and how can IceCube pin them down?
MK: Neutrinos transform during propagation through vacuum or matter from one flavour of neutrino to another. This phenomenon is known as neutrino oscillation and is only possible if neutrinos have mass. The detection of neutrino mixing in atmospheric neutrinos observed as the disappearance of muon neutrinos was first announced by Super-Kamiokande in 1998. Now we have shown that with three years of data, the IceCube detector with its DeepCore infill-array can be used to observe neutrino oscillations with a precision matching that of Super-Kamiokande after 15 years of data taking. With the analysis currently being improved and more data being taken, we are working towards becoming competitive with accelerator experiments. 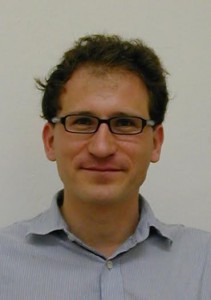 Q: Why is it important to understand neutrino oscillations and what are the implications of the recent findings for astroparticle physics and cosmology?
MK: Neutrinos are the least understood elementary particles. A fundamental question concerns the origin of the neutrino masses. The fact that neutrinos have a non-zero mass is already first evidence for physics beyond the Standard Model of particle physics, perhaps providing a window to the GUT (Grand Unified Theory) scale. Understanding the neutrino mass ordering allows narrowing down the possible phenomenological models. Finally, massive neutrinos influence how the Universe evolves, since they initially move with relativistic velocities suppressing the formation of structure, but as the Universe cools down, due to their rest mass, they start to act as cold dark matter eventually. A future measurement of the neutrino mass ordering would be important for upcoming cosmological surveys, such as planned for EUCLID and LSST. The current results provide an important experimental confirmation that the very cost-effective concept of building giant atmospheric neutrino detectors in the open ice/water is working, allowing to plan ahead for a new generation of detectors to address the fundamental question of neutrino mass ordering.

Q: What’s covered by PINGU’s upgraded design (hardware and software) and capabilities? Why do we need even higher precision measurements?
MK: The most important aspect of PINGU (and ORCA for that matter) is that it will have an order-of-magnitude reduced energy threshold of roughly a GeV, while retaining a several megaton large detector. The low energy threshold is achieved through a denser spacing of light sensors. The default is to use an upgraded version of the Digital Optical Module of which 5160 were deployed within IceCube. These light sensors operate with vanishingly small failure rate in the ice of the South Pole since a decade already. At the same time alternative sensor technologies are also being explored. The measurement of the neutrino mass ordering is challenging since its signature amounts to only a few percent change in flux. Hence the project is designed to provide not only a large statistics of neutrinos but also very good control of systematic uncertainties.

Q: What are the major science goals that PINGU will address?
MK: PINGU will collect an unprecedented statistics of atmospheric neutrinos in the 1-20 GeV range with improved control of systematic uncertainties. Through the oscillation patterns PINGU will be sensitive to the neutrino mass ordering, i.e. whether there are two light neutrinos and one heavy neutrino or whether it’s the other way around. But PINGU will also be very sensitive to neutrinos from low mass WIMPs annihilating in the Sun or Earth, as well as to astrophysical sources of neutrinos emitting in the multi-GeV range. 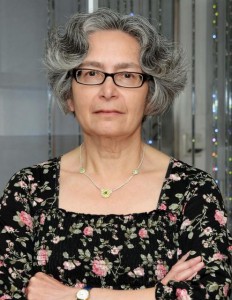 Q: Improved sensitivity, statistically significant samples of high-energy neutrinos, and ultimately new astrophysical discoveries are the stated science goals of IceCube-Gen2. Could you comment on these?
OB: The IceCube-Gen2 Collaboration aims to substantially enhance the current IceCube detector and expand its science potential at both low and high energies. Exploiting the huge samples of atmospheric neutrinos with varying baselines, the proposed dense PINGU in-fill array will have an energy threshold low enough to pursue the question of the neutrino mass ordering and make competitive measurements of muon-neutrino disappearance and tau-neutrino appearance. The measurements of neutrino oscillation parameters should reach a precision competitive with that foreseen for T2K. For the high-energy array, we envisage to expand the present IceCube with roughly 100 additional strings with an inter-string spacing of 250m, i.e. will double that of IceCube. With the new order-of-10 Gigaton detector we expect a gain in sensitivity and angular resolution which will allow us to explore the high-energy universe with the goal to resolve the question of the cosmic neutrinos recently discovered by IceCube. The significantly larger numbers of detected high-energy neutrinos will entail new opportunities for multi-messenger campaigns, including gravitational waves and optical/X-ray and gamma-ray telescopes.

Q: What would be the optimal timeline for its development and how will the Next Generation Neutrino Observatory complement other projects/experiments?
OB: The IceCube-Gen2 collaboration is presently working hard on the details of a proposal which, hopefully, will ensure funding both in the US and internationally. A tentative timeline would imply deployment of the first PINGU strings in 2020, PINGU completion in 2022, and deployment of the final strings of the fully expanded array in 2027. Although many projects in the world today aim to pursue the physics of neutrino mass, this timeline would enable PINGU – and ORCA in the Mediterranean – to play a leading role in the determination of the neutrino mass ordering. Several other projects planned to come online in the next 10-15 years will have similar goals, for instance Juno in Kaiping. As for the high-energy part, IceCube-Gen2 will be complemented by KM3NeT in the Mediterranean. Together the two detectors will view the full sky, with overlapping regions allowing confirmation of specific discoveries.

Oscillation contours from IceCube and other experiments (Credit: IceCube Collaboration).

The IceCube Neutrino Observatory is the first detector of its kind, designed to observe the cosmos from deep within ice. It is comprised of 5,160 digital optical modules suspended along 86 cables, embedded within 60cm diameter holes to a depth of 2,450 metres, in a cubic kilometre of ice beneath the South Pole. It detects neutrinos through the tiny flashes of blue light, called Cherenkov light, produced when neutrinos interact in the ice. IceCube is run by an international collaboration of 300 physicists and engineers from 44 institutions in 12 countries (including Europe, USA, Canada and Asia Pacific) and is headquartered at the Wisconsin IceCube Particle Astrophysics Center (WIPAC) at UW–Madison. The IceCube Neutrino Observatory was built under an NSF Major Research Equipment and Facilities Construction grant, with assistance from partner funding agencies around the world. The project continues with support from a maintenance and operations grant from the NSF’s Division of Polar Programs and Physics Division, along with international support from participating institutions and their funding agencies.