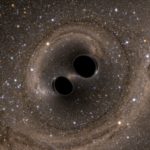 Written by katrinlink on 4th May 2016. Posted in 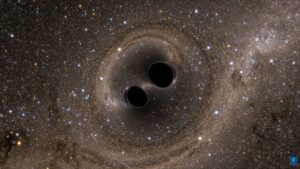 More than 1000 scientists and engineers involved in the detection of gravitational waves have been awarded a special Breakthrough Prize in Fundamental Physics. The award of $3 million will be shared between LIGO founders Ronald WP Drever, Kip S Thorne, and Rainer Weiss, and 1005 others in the LIGO-Virgo Collaboration as well as seven additional scientists recognised for their contributions to the success of LIGO.

Edward Witten, the chair of the Selection Committee said: “This amazing achievement lets us observe for the first time some of the remarkable workings of Einstein’s theory. Theoretical ideas about black holes which were close to being science fiction when I was a student are now reality.”

The prizes can be shared by any number of scientists. All of the authors of the paper announcing the direct detection of the GW150914 event are included. The seven scientists in addition are Luc Blanchet, CNRS; Thibault Damour, IHES; Lawrence Kidder, Cornell University; Frans Pretorius, Princeton University; Mark Scheel, Caltech; Saul A. Teukolsky, Cornell University; Rochus E. Vogt, Caltech.

APPEC chair Frank Linde said: “The first direct detection of gravitational waves was extremely exciting, and has sparked more and more interest in the field. I am very pleased that this international group of pioneers has been honoured with a Breakthrough Prize, and it is a good reminder of the cooperation and collaboration needed to make great strides in science. And: an excellent example for the Nobel committee to follow…”

The Special Breakthrough Prize can be awarded by the selection committee at any time “in recognition of an extraordinary scientific achievement”, in addition to the annual prizes in fundamental physics, mathematics, and life sciences. Nominations for the annual awards are open until the end of May, and the awards will be presented in the autumn.