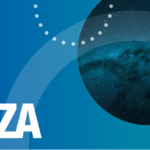 Written by katrinlink on 29th July 2021. Posted in

An initiative of leading scientists led by Prof. Dr. Günther Hasinger, research director of the European Space Agency (ESA), just received the news that their idea of the German Centre for Astrophysics (DZA) to be located in Lusatia was recommended to the BMBF for the first funding phase.

The initiative, which is supported by scientists from the Max Planck Society, the Leibniz Institute for Astrophysics Potsdam, the Helmholtz Association, among them DESY, and the Technical University of Dresden, is advocating the establishment of the German Centre for Astrophysics (DZA) to be located in Lusatia. The group  submitted its proposal for the new research centre to the ideas competition “Wissen schafft Perspektiven für die Region!” organized by the German Federal Ministry of Education and Research (BMBF) and the Free State of Saxony. The competition calls on outstanding scientists to submit proposals for the establishment of large-scale research centres in order to determine the thematic focus and exact location of two new large-scale research centres in Lusatia in Saxony and in the central German mining region.

The concept of the DZA rests on three pillars: First, the data streams of future large telescopes, such as the Square Kilometre Array and the Einstein telescope, are to be bundled and processed in Saxony. They account for several times the data traffic on today´s internet and require new technologies. The centre is to tame the data tsunami and will therefore accelerate the digitization of Germany.

The second pillar will be a technology centre where, among other things, new semiconductor sensors, silicon optics and control technologies for observatories will be developed. Building on the experience and modern environment of industry in Saxony, this will create new companies and further high-quality jobs through spin-offs.

Thirdly, the settlement of the European gravitational wave observatory Einstein Telescope, which is already in the planning stage, in the Granit-Stock of Upper Lusatia is to be examined.

The Perspective Commission of the competition selected the six most convincing proposals and recommended them to the BMBF for the first funding phase; the DZA is one of them. If the DZA is selected as one of the two new centres in the next step, this would be a great opportunity for the German and the European astrophysics and astroparticle physics communities.