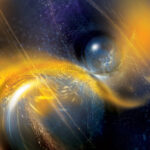 Written by katrinlink on 5th February 2020. Posted in 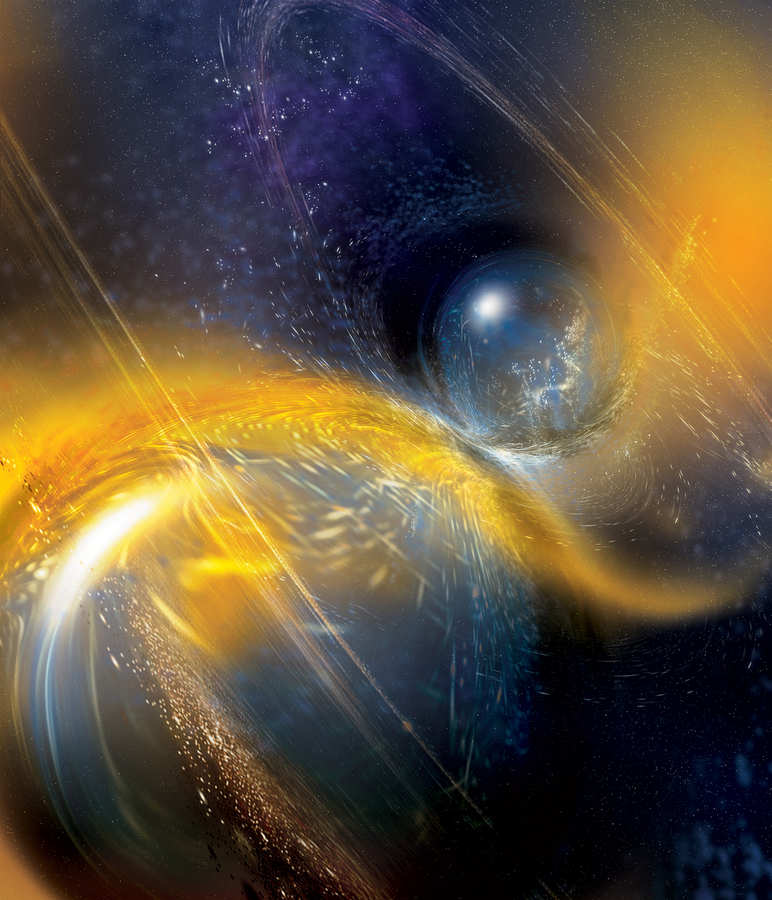 On April 25, 2019 a gravitational wave signal was observed by the gravitational-wave network that includes LIGO (the Laser Interferometer Gravitational-wave Observatory), funded by the National Science Foundation (NSF), and the European Virgo detector. The signal, labelled GW190425, is the first event recorded and published during the third observation run O3. The source is most likely a binary neutron star merger. This would be only the second time this type of event has ever been observed in gravitational waves. However, it shows some important peculiarities: The total mass is larger than that of any known binary star system with neutrons in our galaxy. In addition, no electromagnetic counterpart was observed by the telescopes that gathered the alert sent by the LIGO-Virgo collaboration as it was the case for the first detected neutron star merger in August 2017.  On January 6, 2020, the results were presented at the meeting of the American Astronomical Society and are submitted to The Astrophysical Journal Letters.
See the full press release here.