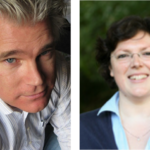 New Chair and Vice-Chair for the APPEC Scientific Advisory Committee

Written by katrinlink on 13th July 2020. Posted in

During the last meeting of the General Assembly a new Chair and Vice-Chair for the Scientific Advisory Committee have been elected: Sijbrand de Jong takes over the duty as chair from Laura Baudis and Silvia Pascoli substitutes Jocelyn Monroe as Vice-Chair. We want to take this opportunity to thank Laura Baudis and Jocelyn Monroe for their successful work in the last two years! The main task of the SAC is report to the General Assembly on issues of strategic scientific importance, including the connection to related areas, such as particle and nuclear physics and astronomy. With the planned town meeting next year an important event is imminent and the SAC is responsible for the scientific organisation. For this event and for all further tasks we wish the newly elected chairs all the best!

“Astroparticle physics has emerged as a recognisable, independent field over the past several decades. The ties with particle physics and astrophysics are very visible and strong and it would be good to keep close cooperation with these two fields.
Astroparticle physics is a vibrant field with a number of recent far-reaching breakthroughs, and many excited scientists who want to continue on this path. It is also a very diverse field, encompassing not only installations to observe the universe, but also controlled accelerator as well as non-accelerator experiments. Theoretical astroparticle physics is not only important for interpretation of observational and experimental results and to guide new observations and experiments, but also to provide the connection between the diverse areas of astroparticle physics.
Astroparticle physics is part of the big-science family, with major real estate running and being prepared for the future, very often in a global perspective. As a relatively young field, it does not yet have the degree of organisation that several other big-science fields have. APPEC plays a crucial role to provide coordination and organisation of astroparticle physics in Europe, with good connection to the rest of the world. Setting priorities is an important part of the coordination. Organising the European funding agencies behind the prioritised programmes is the other important aspect.
The APPEC SAC, as advisory body of the APPEC General Assembly, is responsible to provide the General Assembly with the necessary scientific arguments to set priorities, to push support for the prioritised projects all over Europe and to enable the General Assembly to seek alliances with parties outside of Europe. As the chair of the APPEC SAC I will do my very best to coach the SAC to deliver all relevant information as advice to the General Assembly: complete, on time and in comprehensible language.” Sijbrand de Jong

“Astroparticle physics aims at answering some of the most fundamental questions in physics, from the identity of dark matter to the symmetries of nature related to proton decay and neutrinos, from the behaviour of extreme astrophysical environments to the evolution of the Universe. It exploits the rich interface between particle physics, astronomy and cosmology and their synergy. It is in an exciting phase, with new experiments ongoing and planned for the future, the recent birth of multimessenger astronomy thanks to the discovery of gravitational waves and high energy neutrinos, and new theoretical ideas. Connecting with other related areas, such as particle and nuclear physics and cosmology, is also important and can open new research perspectives. In my role as Vice-Chair of APPEC SAC, I will strive to support the Chair, Prof. de Jong, in providing the scientific advice to APPEC General Assembly to shape the future of the field.” Silvia Pascoli 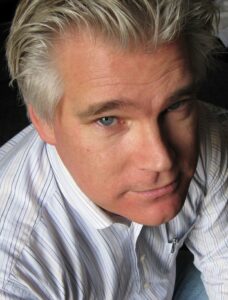 I have been educated as an experimental particle physicist. I started in 1984 as MSc student on the WA25 (neutrino deep inelastic scattering) and NA4 (BCDMS, muon deep inelastic scattering) experiments. I did my PhD from 1986 until 1990 on the preparation of the ZEUS experiment at HERA/DESY (ep deep inelastic scattering). As a post-doc and junior faculty, I worked on the OPAL experiment at LEP/CERN (e+e- scattering) from 1990 until 1998. After having been appointed full professor at Radboud University in Nijmegen, the Netherlands in 1998, I worked on the Dzero experiment at the Tevatron/Fermilab (ppbar scattering) and in the transition to Radboud University I worked for a short while in ATLAS (pp scattering).
Since 2005, I switched to astroparticle physics and I am active in the Pierre Auger Collaboration, notably on helping to establish the detection of ultra-high-energy cosmic rays ultra-high-energy cosmic rays via the radio frequency emission of their air shower (in jargon called radio detection). Currently, I am a member of the team that rolls out this technology to the full Pierre Auger Observatory 3000 square kilometre array to provide a completely new detection layer for the electromagnetic part of extensive air showers, especially also for horizontal showers, which may open the possibility for the detection of ultra-high-energy neutrinos.
I did my share of administration and governance, as director of the school of physics at Radboud University, as founding director of the Institute for Mathematics, Astrophysics and Particle Physics at Radboud University, as 10-year board member of the Dutch Physics funding agency, and more recently for three years as CERN Council President (after a preceding period of six years as CERN Council member).
I very much like education and public engagement and I founded a Pre-University College of Science at Radboud University at the interface between secondary school and university.

I have been interested in astroparticle physics since the beginning of my career. After obtaining a PhD in Elementary Particle Physics from SISSA, Italy, working on neutrinoless double beta decay theory, I moved to UCLA as a postdoc and then to CERN as a Fellow. In 2005 I joined Durham University as faculty, in the Institute for Particle Physics Phenomenology, where I served as Deputy Director from March 2011 to August 2014 and became professor in 2012. My main fields of research are neutrino physics and astroparticle physics, with focus on their phenomenology, the origin of neutrino masses and of the baryon asymmetry of the Universe, and the connection with dark matter and cosmology. For my research, I received the 2013 Occhialini Prize jointly by the Institute of Physics (UK) and the Societa ́ Italiana di Fisica (Italy) and I was awarded the ERC Consolidator grant NuMass. Although a theorist, I often collaborate with experimentalists to test new theoretical ideas and to understand the physics potential of current and future experiments, for instance as member of the DUNE collaboration and in the past with my involvement in e.g. LAGUNA-LBNO. I endeavour to contribute to the shaping of the field, both with advising roles (member of Fermilab Physics Advisory Committee, several STFC panels, Hyper-Kamiokande Program Advisory Committee) and with activities aimed at the broader community (e.g. Neutrino 2016 organisation, CENF-TH co-convener, Horizon2020 RISE InvisiblesPlus deputy coordinator, EuCAPT Steering Committee member). I believe that training the next generation of scientists is of paramount importance: in addition to teaching and supervising PhD students, I have acted as deputy coordinator of two EU-funded ITNs, Invisibles and Elusives, and I am the coordinator of the recently funded Horizon2020 ITN HIDDeN. I have a very strong commitment to Equality/Diversity/Inclusion and I try to inform all my activities by it. I have also a great interest in engagement with industry and the general public and have organized several outreach events.