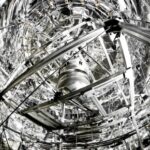 Written by katrinlink on 6th May 2019. Posted in 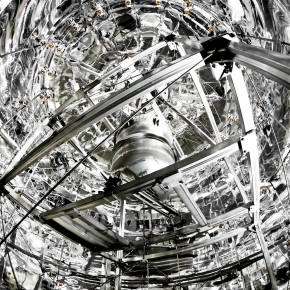 The universe is almost 14 billion years old. An inconceivable length of time by human standards – yet compared to some physical processes, it is but a moment. There are radioactive nuclei that decay on much longer time scales. With the XENON1T detector at the INFN Gran Sasso National Laboratory, scientists were able to observe the decay of Xenon-124 atomic nuclei for the first time.

The half-life of a process is the time after which half of the radioactive nuclei present in a sample have decayed away. The half-life measured for Xenon-124 is about one trillion times longer than the age of the universe. This makes the observed radioactive decay, the so-called double electron capture of Xenon-124, the rarest process ever seen happening in a detector. “The fact that we managed to observe this process directly demonstrates how powerful our detection method actually is – also for signals which are not from dark matter,” says Prof. Christian Weinheimer from the University of Münster (Germany) whose group leads the study. In addition, the new result provides information for further investigations on neutrinos, the lightest of all elementary particles whose nature is still not fully understood.

XENON1T is a joint experimental project of about 160 scientists from Europe, the US and the Middle East. The results were published in the science journal “Nature” (preprint on the arxiv).

The full press release is available from their website: http://www.xenon1t.org/ and further information is also available here.