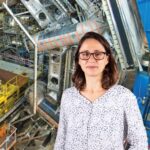 On the way to a more diverse community

Written by katrinlink on 21st July 2021. Posted in 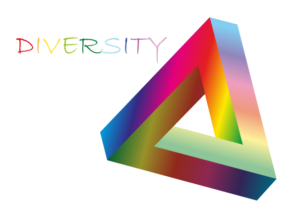 ECFA, NuPECC and APPEC recognise the importance of diversity as a motor to boost productivity and innovation, fight prejudice and discrimination and contribute to improving social and economic standards.
As part of the Joint ECFA NuPECC APPEC Activities, JENAA, a Diversity Charter was developed to be signed by research organisations, collaborations and conferences within the three fields. Patricia Conde Muíño represents ECFA in the Diversity Working Group, and she will tell us more about the Charter and the corresponding actions.

How did the idea for a joint working group on diversity come about?

I am not sure how the first idea appeared, but the Diversity Charter was first proposed within ECFA in 2018 by Jorgen D’Hondt, the ECFA Chair by then. He was very keen on starting this initiative. At the same time, the three consortia, APPEC, ECFA and NuPECC, were beginning a series of Joint Activities (now called JENAA). The Diversity Charter soon became one of the first joint efforts, with full support also from the APPEC and NuPECC groups, chaired by Antonio Masiero and Marek Lewitowicz, respectively. The first step was creating the task force with representatives from all three consortia to prepare the first Diversity Charter.

What is the content of the diversity charter, and why do you think it is important for organisations, collaborations and conferences to sign the document?

The Diversity Charter states the fundamental principle that people differ in many different ways. By accepting, valuing, and supporting this diversity, research organisations (in general) can create a working environment that boosts productivity and innovation, fight prejudice and discrimination. The definition of diversity presented is very wide. It recognises that individuals may differ in visible or invisible aspects, such as age, gender and sexual orientation, national and ethnic origin, civil status and family situation, religious convictions, political and philosophical opinions, and physical ability. The signatories of the Charter agree on promoting diversity by fostering an environment of respect and understanding, and stimulating diversity at all levels in the hierarchical organisation of the entity. As part of the effort toward promoting diversity, they also agree to balance the composition of coordinating or advisory committees, as well as management positions, and provide monitoring information on their diversity status.

Concerning why should Research Organisations, Conferences, or Collaborations sign the agreement, there are several reasons. The first one is the moral responsibility we all have to fight prejudice and discrimination, fostering an inclusive environment where all the individuals are respected and can benefit from the same opportunities, such that they can flourish and give the best of themselves. In addition, it has been demonstrated in several studies that having more diverse teams not only boosts productivity and innovation in companies (where it is also correlated with a higher turnover) but also in research organisations. We present some references for these studies in the Charter itself. Promoting diversity and respect improves the working environment, the work-life balance within the organisation and contributes to the efficiency and competitiveness of the organisation. Therefore, it is in the interest of the research entities to promote and support diversity.

The Working Group also developed a survey to monitor diversity. Can you tell us more about this survey?

Diversity Charger signatories agree to provide monitoring information to APPEC/ECFA/NuPECC on their diversity status. This monitoring focuses on a reduced set of variables that can be collected by the different entities (age, gender, career level, citizenship, and working country), as described in the support document. In case they already have this information available (in a database, for example), they can readily provide it. Otherwise, to facilitate collecting the monitoring data, we developed three different surveys that can be used by Research Organisations, Collaborations, and Conferences. Filling the survey should not take longer than three or four minutes and will be very important to get an overall picture of the three fields.

What do you expect as the outcome of the activities?

We aim to contribute to a more diverse community in the fields of APPEC/ECFA/NuPECC. Since awareness is the first step towards change, we expect to obtain a global picture of the current situation with the survey, identifying possible imbalances not only in gender but also related to nationalities or even working countries. This picture will be extensive, covering many research collaborations with different sizes in the three fields in addition to research organisations and conferences.

What are the next steps to reach this goal?

The surveys represent just the first step.  In case some imbalance is observed, we will propose a series of actions or recommendations that can be implemented to improve diversity in the various entities. In addition, we want to promote a dialogue between different signatories to share experiences and best practices, helping them find the solutions that best work in each case.

We have received up to now very positive feedback, with collaborations very interested in participating, that is a very good sign. 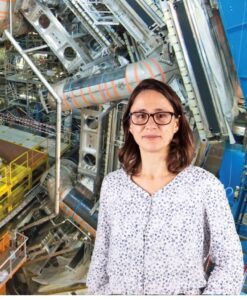 Patricia Conde Muíño is Assistant Professor at IST (Universidade de Lisboa) and researcher at the Portuguese Laboratory for Experimental Particle Physics, LIP. She coordinates the Portuguese activities in the ATLAS Experiment at CERN and represents Portugal at the European Committee for Future Accelerators (ECFA). Her research interests focus on the exploration of the Higgs sector. She contributed to the Higgs Boson discovery and later to measurements of Higgs Boson properties at ATLAS. She is one of the ECFA representatives in the APPEC/ECFA/NuPECC Diversity Working Group.