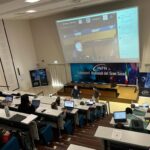 Report from the Workshop on EU Underground Laboratories

Written by katrinlink on 11th August 2022. Posted in 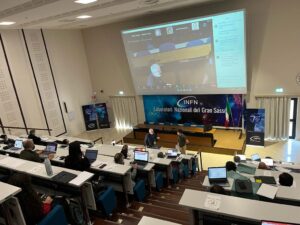 A Workshop on EU Underground Laboratories was held at LNGS on 28-29 April. The Workshop was jointly organized by LNGS and APPEC (https://agenda.infn.it/event/30742/).

The purpose of the Workshop was to facilitate and promote an executive network between Underground Laboratories in Europe to better face next generation experiments.

A final round table with lab directors established a willingness to initiate regular meetings to assess the present state of infrastructure in order to identify common interests and future collaborations.

The talks are available from the indico page: https://agenda.infn.it/event/30742/timetable/