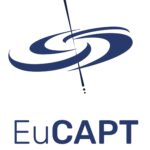 Report on the 1st EuCAPT census

Written by katrinlink on 14th February 2020. Posted in 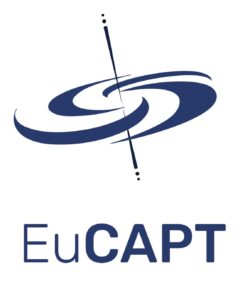 The European Consortium for Astroparticle Theory (EuCAPT) invited all scientists (PhD students, postdocs, and staff) affiliated to a European institution, and active in Theoretical Astroparticle Physics and Cosmology, to participate in the “1st EuCAPT census” by filling an Indico registration form. 660 scientists responded to this call and  completed the census between January 13 and 31, 2020. This number shows the strong interest in Europe-wide coordination of Theoretical Astroparticle Physics and Cosmology. The data collected offer a first snapshot of the research interests of the Astroparticle and Cosmology theory community. The key-findings are summarized here.

In total 55 nationalities are represented, with more then half from four countries: UK, Italy, Spain and Germany. These are also the countries where around half of the scientists are working. We note however that the geographic and topic distribution might be biased by the channels used to advertise the census. Looking at the positions, the majority of registrants are currently faculty members. EuCAPT will make an effort to reach out to younger scientists and encourage them to join. EuCAPT will also try reach out to those communities which appear under-represented in the census, in particular low-energy neutrino astronomy and nuclear astronomy. The percentage of female scientists is only 20%, a disappointing result that however appears consistent with data from the American Physical Society and the UK Institute of Physics, and thus probably reflects the actual gender distribution in our community.

EuCAPT will now effectively start the process of consolidating and coordinating the relevant scientific community.

Part of the activities of EuCAPT is a monthly virtual colloquium which will start on March 3. The following presentations are already planned:
Further information and details on how to connect will be announced on the EuCAPT website.
There will also be an annual symposium, the first one to be held at CERN from September 30 to October 2. For more details see: https://indico.cern.ch/event/853904/

We encourage those who have not completed the census but want to be informed about EuCAPT, to sign up at https://www.eucapt.org/census