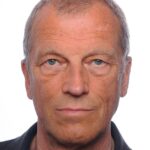 Written by katrinlink on 5th April 2022. Posted in

Christian Spiering has worked in Russia for more than four years in the 1970s and has collaborated with Russian researchers for almost fifty years. Russia with its language, its literature and its people became a kind of second cultural home for him. In the early APPEC/ASPERA period he chaired several roadmap processes and he initiated the Global Neutrino Network, a network in which neutrino astronomers from different countries and from several experiments work together. Russia’s attack on Ukraine has currently made such collaborations impossible. This war affects in first order the Ukrainian people and Ukrainian scientists but also has a huge impact on science in Europe as a whole and in particular on collaborations with Russian scientists. These aspects will be discussed in the following interview.

You have always worked closely with Russian scientists. How has this collaboration changed since the start of the war in Ukraine?

Before answering your question, let me make a general remark: I admit that I belonged to those who have tried to understand and to explain Russian policy, even to some degree Putin’s policy, and who see themselves disproved since February 24. I am also aware that with respect to the emergence of this conflict, there is no simple black and white. Historians will weigh the arguments of all sides against each other, including also those about chances missed by Western and Ukrainian policy. But whatever mistakes may have been made from all sides: nothing, really nothing justifies a war, and nothing justifies the support of the aggression against Ukraine.

Now to your question.

Let me give you a simple example: I am chairing the Technical Advisory Board of Baikal GVD and I am a member of its strategic Advisory Committee. Just in February we had sessions of these two committees and wrote detailed recommendations, including the advice to broaden the basis of the experiment by inviting more international collaboration partners. Now, a bit more than a month later, we neither could perform such sessions, nor would we write recommendations. The advice to invite more international partners at present would sound bizarre, to say the least.
Within the Global Neutrino Network, Baikal GVD is also part of transnational multi-messenger activities which – regrettably for all sides – will suffer from the present situation.
Another case is the TAIGA experiment in Siberia, with strong intellectual and hardware contributions from Germany. For the time being, Germans will not travel to Russia and participate in detector upgrade and operation. Parallel analyses in Germany and Russia are continuing, but when and how this could lead to a jointpublication is open. Another example is the FACT Cherenkov telescope in La Palma which was foreseen to be transported to the TAIGA site; if and when this could happen is currently written in the stars. On another note will be experiments like LEGEND, CUPID and others which used to (or have planned to) obtain purified materials from Russia. They might have to look for other, likely more expensive suppliers.

Are there still opportunities to work together with Russian colleagues?

For the moment all cooperation with Russian institutions has been frozen. I believe that – if artists and sportsmen cancel their participation in joint events – scientists should also send a strong signal against this completely unjustified and brutal war. There is no question that contacts will be resumed at some point after the end of the war, or at least after a ceasefire. This will certainly start with small projects shaped by individuals. However, I personally would find it difficult to come back to common work, such as if nothing had happened, with someone who has openly supported the invasion of Ukraine.

How do you assess the situation for science and scientists in Russia?

Russian scientists will be, or are already, the first to suffer with respect to their work. This starts with the possibilities to participate in international projects in the West, to be accepted as speakers on conferences, with problems to sign with their Russian affiliation on joint publications, and continues with the availability of high-tech components for experiments in Russia, like, e.g., the Baikal Gigaton Volume Detector or the TAIGA observatory.
On a completely different note is the exodus of excellent scientists, among them those of whom Putin says he “spits them out like a mosquito that has got into his mouth” (a formulation which reminds me of the darkest times in Germany as well as in Soviet Union). Historical situations are difficult to compare, but somehow this could become a version of the exodus of brilliant minds from Germany in the 1930s.

On the one hand, there is a declaration, signed by several thousand Russian scientists, against the war; on the other hand, Russian universities have issued a statement in which they express their full support for Putin’s politics. How can we deal with these different attitudes?

I have the deepest respect to the signatories of the letter against the war – for their clear inner compass and for their courage. For me, the rectors of the Universities who signed the second letter range on a similar level as all the Duma members, ministers and governors who have silently carried out the illegal orders of the government and therefore bear a considerable share of the blame for the current situation. Note, however, that some rectors did not sign this nasty document and that the names of some of them seem to have been inserted without their own knowledge. Also, a non-negligible number of faculty members and students signed a letter against that of their rectors – with consequences for them which likely will become fully visible only after the war.
I have no clear idea how to deal with that. The general principle should be to support the signatories of the anti-war letters wherever possible, and avoid the cooperation with the intentional signatories of the rector’s letter if any possible. How to translate this into action in concrete situations will have to be seen. For the duration of the war, a proper selectivity seems impossible, so I would vote for freezing any official cooperation until the weapons are silent and a ceasefire is reached, however fragile it may be.
Whatever we do, we should keep in mind, that Russian science does not only consist of Universities and Research Institutes, but is made up of thousands of unexpectedly isolated researchers, a large proportion of whom condemn war, even though they may disagree with us about its causes. I will keep the contacts to my Russian friends, and I fervently hope for a time when we see each other in person and can work together again.

Many collaborations and scientific institutions are currently discussing how to combine good scientific practice and the sanctions against Russia and how to deal, for example, with joint publications. What is your opinion on this?

I think that withdrawing already submitted publications is not a good way. Work on publications in preparation, however, might easily be paused – this kind of “freezing” does not violate good scientific practice. Let’s be honest: for more than 99.9% of all possible publications, at this very moment a clear sign against the war is more important than their delay by a few months (I hope that this time scale does not turn out to be an illusion).
In any case, I would wish that the APPEC countries find a coordinated answer to this question.

Do you expect an increasing number of Russian refugees, including scientists? How should we as a scientific community deal with these?

Journalists, writers, artists and scientists are probably the most exposed and vulnerable groups. The European governments should create a support program so that our Universities and research institutes are enabled to create positions for exiled Russians and to integrate them in our research landscape. Given the excellent scientific quality of many of the Russian opponents to the war, this would certainly turn out as a clear benefit for astroparticle and particle physics in western countries.

You yourself live in Berlin, where many Ukrainian refugees are currently arriving. How do you personally experience this situation?

Together with a few others, I am taking care of eight Ukrainian women with their 13 children. At the beginning, they were accommodated in a hostel, but without meals. So, we prepared breakfast and dinner for them for a fortnight. Meanwhile we could accommodate them in four flats and are helping them with all the confusing formalities – financial support, health insurance, language lessons, etc. Most of them want to go back to Ukraine as soon as the war is over.
A Russian-speaking colleague of mine, also retired, took a job as a full-time teacher of Ukrainian kids. In general, there is great support from volunteers, and even the cumbersome Berlin bureaucracy is – slowly but steadily – getting into gear. 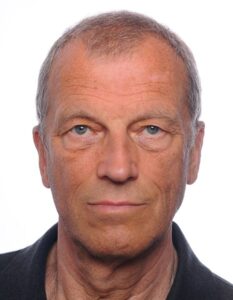 Christian Spiering (born 1948) studied Physics at Humboldt University Berlin. 1974-78 he worked at JINR Dubna. Having started his carrier with hadron-nucleus interactions, he moved to a neutrino experiment at Protvino/USSR, and 1988 to neutrino astrophysics – starting with the neutrino telescope in Lake Baikal, later AMANDA at the South Pole, and ending up with IceCube. Being engaged in “two worlds”, he initiated the Global Neutrino Network in 2014. He worked also in the Tunka/TAIGA air shower experiments in Siberia. Christian served as AMANDA European Spokesperson and later IceCube spokesperson. From 2006 to 2012 he chaired the APPEC Peer Review Committee. He was awarded the Markov Price of the Russian Academy of Sciences and the O’Ceallaigh-Medail of the Dublin Institute for Advanced Studies. He is author of two popular-scientific books, quite recently “Neutrino astronomy – looking to hidden worlds”.