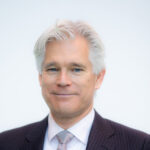 Written by katrinlink on 21st December 2021. Posted in 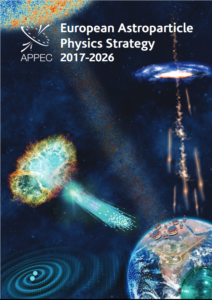 The (European) Astroparticle Physics community is invited to provide feedback on the draft APPEC mid-term review of the Astroparticle Physics Strategy 2017-2026. The APPEC SAC, with its chair Sijbrand de Jong, has been preparing this preliminary review over the last few months and has now made it available to the community. The report as well as the feedback form are both accessible at https://indico.desy.de/event/32140/overview – feedback will be possible until January, 21st, 2022. It will be further discussed during the Berlin Town Meeting in June, after which the final report will be prepared. In this interview, Sijbrand de Jong gives us an insight into the entire process.

You have been coordinating the review process over the last months. What is your intention with the current draft document?

We are now half-way the 2017-2036 period of the current European Astroparticle Physics Strategy and a lot has happened since then. Hence, this is a good time to take stock concerning the present strategy and to see if corrections on the course are needed and to start thinking about the European Astroparticle Physics Strategy in the period after 2026. Therefore, the APPEC General Assembly (GA) has asked the Scientific Advisory Committee (SAC) to organise an update of the strategy. The SAC would like to involve the entire Astroparticle Physics community in Europe and beyond in the update process. The final draft of the strategy update that will be offered to the GA for endorsement will be based on the outcomes of a Town Meeting to which then entire community is invited and which will be held in Berlin on 9 and 10 June 2022. To prepare both the agenda, the discussion form and the content of this meeting, the SAC is preparing a document to review the current situation and to indicate new developments since 2017 and topics for discussion. Such a document will help to structure the discussion and will allow us to arrive at a good conclusion after two days of gathering. The SAC consists of some very knowledgeable people, but it falls short compared to the intellectual capacity of the entire APP research community. In the preparation of this review, the SAC therefore requests the help of the entire community to arrive at a balanced document as input for the discussions in Berlin. To structure the input from the community the current draft review serves as a framework where we hope we already give a decent summary of the status and developments and list of discussion items, and we ask for feedback to complete and refine the review. 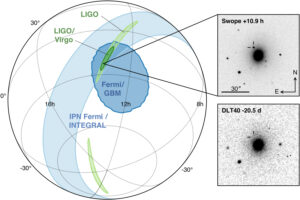 What you consider as major changes since the publication of the roadmap in 2017?

In particular in multi-messenger astronomy things move forward fast, but also our knowledge on particle physics is progressing steadily. There are lots of experiments and observatories announced as desirable in the current strategy that are being realised. The use of machine learning is gaining terrain rapidly and will also be very important to our research field. With the experiments getting bigger and more expensive in time, the pooling of resources and the availability of central research infrastructure gains importance to the point that going to a next level of organisation and coordination seem inevitable. There have also been major developments in society at larger and in our scientific surroundings. Diversity, Equity and Inclusion and the care for all our researchers must be on the agenda. Some of these topics were not much addressed in the current strategy, but the SAC feels they ought to be addressed from now on.

Who should give feedback and how?

We are reaching out to the entire APP community. All individuals are invited to give feedback. It is important that every voice is heard. In addition, it is also particularly useful to receive the feedback of collaborations and national communities. Collaborations often already have their own strategy, sometimes even involving a follow-up experiment. National communities are usually the closest to the sources of our resources. The National roadmaps have a real impact on what we can do in the European context. There is a fort and back between the European strategy and the national strategies. One may hope that the national strategies align with the European strategy, but this is only possible if the national strategies are considering the European strategy. Of course, we hope for feedback from committees and boards that represent the research fields bordering APP, such as particle physics through e.g. ECFA and nuclear physics through e.g. NuPECC. There is much overlap with these communities and real synergy is possible, the Joined ECFA, NuPECC, APPEC Seminars are a good example for meeting and starting joint projects.

What do you expect from the community feedback?

Most likely we will have missed things and made some factual mistakes. It is important to get these potential distractions out of the way to keep the discussions in Berlin focussed and effective. Despite its length, the document is relatively short on any particular experiment, observatory or development. We are trying to keep the document as concise as possible, while maintaining a balance in the amount of information for each subject and issue. We have probably succeeded when everybody feels that we are too short on their darlings.

What are the next steps after the feedback deadline?

After gathering all the feedback, the SAC will adapt the review to be as comprehensive and correct as possible. This final review, after being endorsed by the GA, will be made public well in advance if the Berlin Town Meeting. At the same time as finalising the review, the SAC will also draw up the agenda for the Berlin meeting with all the information of what the community thinks is. We will also carefully consider all suggestions for “burning questions” that can be given in the feedback form. This is a very important part of the feedback form.

How will you include the discussions taking place during the Town Meeting in the final document?

Ideally, the strategy update document will be much shorter, and hence it will contain much less detail than the review document. Yet, all relevant information from the Town Meeting will have to be included. This is a daunting challenge, to which the SAC will set itself over the summer of 2022. Basically, it means that the strategy update will be written from scratch, following the format of the current strategy document. The strategy update will also contain many more pictures than the single one in the current review document. The SAC wanted the review document to be picture free, but the only one included replaced a lot of text to explain the interrelations of all sorts of neutrino properties and their measurements and is therefore included. Not as an illustration of the text, but as the replacement of a potential lengthy text paragraph.

When the final document will be published and what is your goal with this review?

During the process this document will serve as the basis of our discussion in the Town Meeting and as one of the basic inputs for the strategy update document. It will also serve as the basis for the deliberations of the SAC on the programme for the Berlin Town Meeting and be a lead for structuring the discussions during this meeting. It is therefore a pivotal working document. The review and the talks and summaries of the Town Meeting will be made public. After the completion of the update process, they will serve both as documentation of the process itself and as background information of the strategy for those who really want to dig deep. 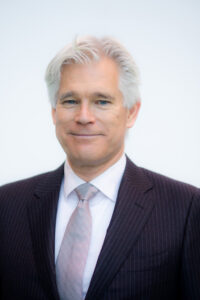 Sijbrand de Jong was trained as an experimental particle physicist and worked on deep inelastic neutrino, muon, and electron scattering and electron-positron, antiproton-proton and proton-proton colliders, before turning to ultra-high-energy cosmic ray science. He worked on both instrumentation, data analysis and phenomenology in particle and astroparticle physics. Presently, he is a member of the Pierre Auger Collaboration and GRAND Collaboration, specialising in radio detection of ultra-high-energy cosmic particles. He held several management and governance positions, e.g., member of the LHC committee, and CERN Council president and presently is the dean of the Faculty of Science of Radboud University.