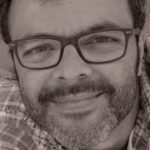 Written by katrinlink on 16th December 2019. Posted in

Interview with Anatael Cabrera on the development of an opaque scintillator.

In this issue we would like to give Anatael Cabrera the opportunity to present his new development of a liquid scintillation detector — “LiquidO”. In contrast to established scintillators, which are transparent, LiquidO consists of an opaque scintillator and a dense array of fibres. Anatael Cabrera will tell us more about it:

Can you briefly explain the idea behind LiquidO? What is the difference between this detector and the established scintillators?

LiquidO is essentially an evolution of the popular scintillator detectors pioneered by the Reines (et al.) in the 50’s for the neutrino discovery. Their approach used transparency so that the light emitted upon
neutrino interactions is detected by photo-sensors located up to some meters apart. Their detection principle shaped much of the neutrino detection technology since. Instead, LiquidO breaks with the need for transparency to, ironically maybe, allow for unprecedented sub-atomic particle imaging based on scintillation light for the first time. Counter-intuitively, light diffusion is used to sharpen otherwise blurred patterns, as optical photons are stochastically confined locally to each particle energy deposition. The level of detail is at first glance spectacular. For example, one could recognise the annihilation of anti-matter, such as a positron (e+), even with negligible kinetic energy as illustrated in figure 1.

Figure 1: The back-to-back pattern is due to the two γ-rays (511keV) obtained upon the annihilation of a positron (e+), whose imaging could be exploited to tag low energy anti-neutrino CC interactions and medical practical applications in the PET scanner instrumentation. Each point represents a fibre, pitched 1cm apart. The colour code is proportional to the number of photons hit per fibre, while in today’s technology, the photon detection efficiency is ≤5.0% (~1/20x less). All other event-displays are done using detected photons. However, today, the light level is subjected to possible optimisations, particularly envisaged for energy deposition <1MeV.

This imaging allows, in turn, event-wise particle identification for the first time in liquid scintillator medium up to the MeV in energy. This game-changing capability may help us impact much of today’s neutrino detection paradigm. For example, we might reduce our dependence on passive shielding, including deep overburden in underground laboratories to yield major background rejection. Besides, the light opaque medium offers a relaxed optical scenario enabling us to consider both new scintillation technology — first explorations are ongoing — and the ability to accommodate large doping levels, boosted by up to one order of magnitude relative to today’s state of the art. Altogether, LiquidO seems to offer a novel detection framework inheriting many feature from the well known scintillation detection legacy while capable, should performance allows, to seed some degree of revolution in some physics channels.

You also illustrated your idea in a poster at the JENAS 2019, the Joint ECFA-NuPECC-APPEC Seminar. Could all the three disciplines benefit from the new technology?

I think so. Let me suggest two examples below.

First, LiquidO was born in neutrino physics; a subject historically bridging across particle, nuclear and astro-particle physics domains like very few. A concrete example is laid by our most recent studies, where the potential of LiquidO for GeV neutrino physics have been explored. This was first presented in November 2019 in the context of the DUNE experiment. A LiquidO detector there could play a competitive role in particle physics via the first explorations of leptonic CP-violation. Neutrinos, in turn, are unique probes to challenging nuclear physics where LiquidO may offer new handles — under active study — aimed for the better control of systematics and background recognition. Our preliminary studies suggest that LiquidO may yield comparable topology to the exquisite liquid-argon TPC detectors. We have identified even some unique additional but complementary features, as illustrated in FIG II. In such a large detector located far from reactors, even the first explorations on 40K geo-neutrinos may be considered for the first time, see here, thus providing unique insight to our understanding of our planet, that might draw other general lessons in the context of astro-physical planet formation and dynamics.

Second, there appears an increasing number of cases where LiquidO might offer a rich detection framework beyond neutrino and rare decay. Since, I am far less of an expert, I’d just quote a few examples. Some colleagues are interested in calorimetry and search for rare particles in HEP colliders, thus exploiting LiquidO’s calorimetric-tracking ability and its high duty-cycle. This might benefit LHC or future FCC/ILC programmes. Even, possible societal/industrial applications, such as medical and reactor nuclear industry, are under active consideration. Our teams are exploring LiquidO as possible technology for a full-body PET scanners and remote reactor monitoring — a topic of high interest to the IAEA in the context of non-proliferation.

Which experiments may benefit from the LiquidO technology? 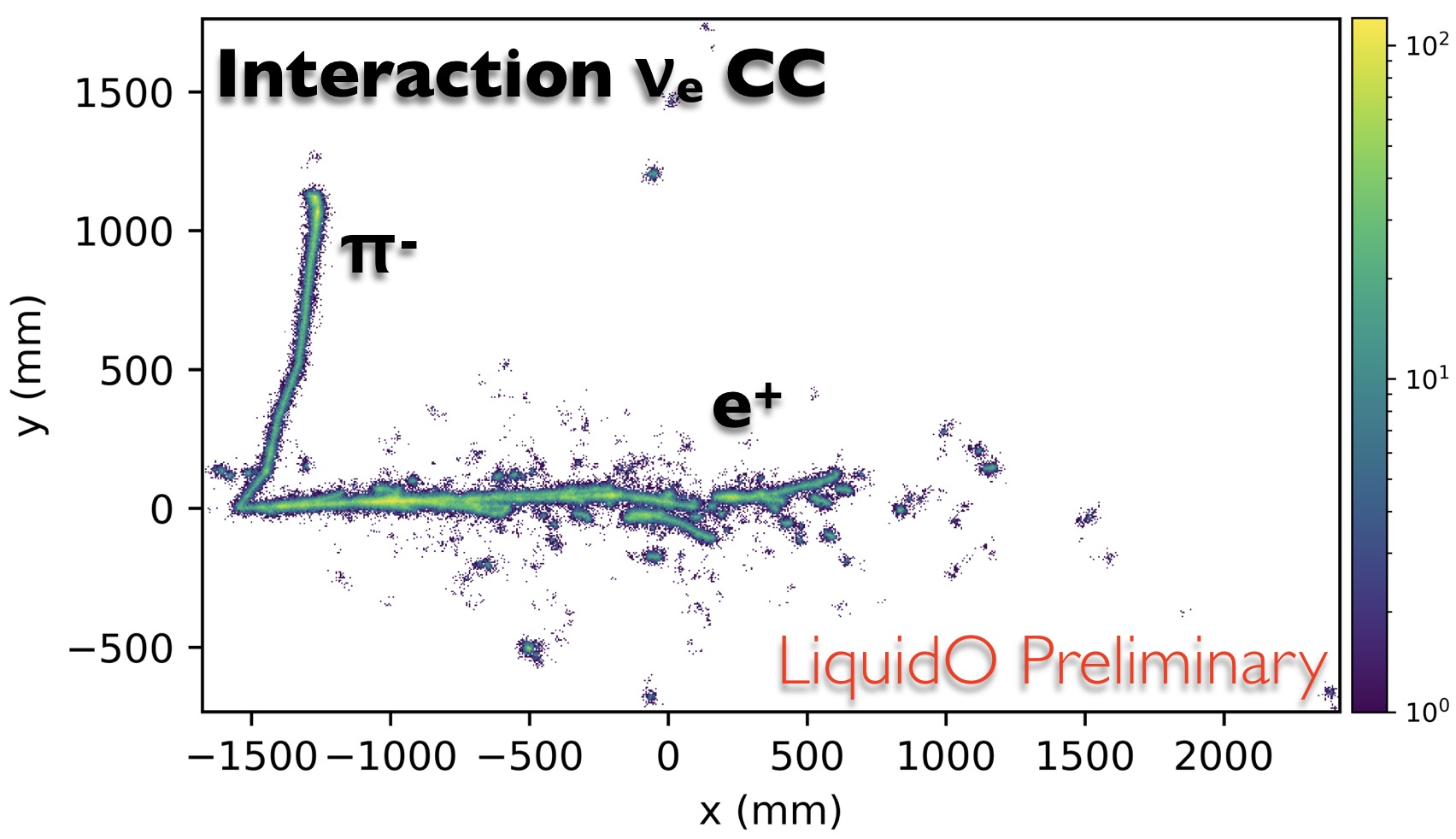 Figure 2: An electron neutrino CC interaction is illustrated, where the detected light is coloured coded. The leading lepton (e±) undergoes an electromagnetic shower. A halo of low energy depositions, including e+ annihilation, surround the shower. An outgoing track (π±) decays into a μ± when stopped. An energetic neutron (n) is also ejected from the interaction point. The n is recognised from the proton-recoil ionisation and its energy can be measured via time-of-flight.

Well, the more we study LiquidO, the more it appears this question may have more answers than we originally suspected. Although LiquidO was forged in reactor neutrino brainstorming, it appears surprisingly versatile beyond. Personally, I think that its ability to handle low MeV is most precious, even boosting its ability to handle higher energies with rich details, as shown in figure 2. Besides, the neutrino MeV range is rich in challenges, including many neutrino sources, such as the sun, the Earth, supernovae, reactors and decay at rest beam neutrinos. Today, much of our effort is devoted to address your question, where several publications are envisaged or even under preparation. We keep careful track of the physics to design and target the critical ongoing detector R&D — always limited by our very humble resources, specially manpower. 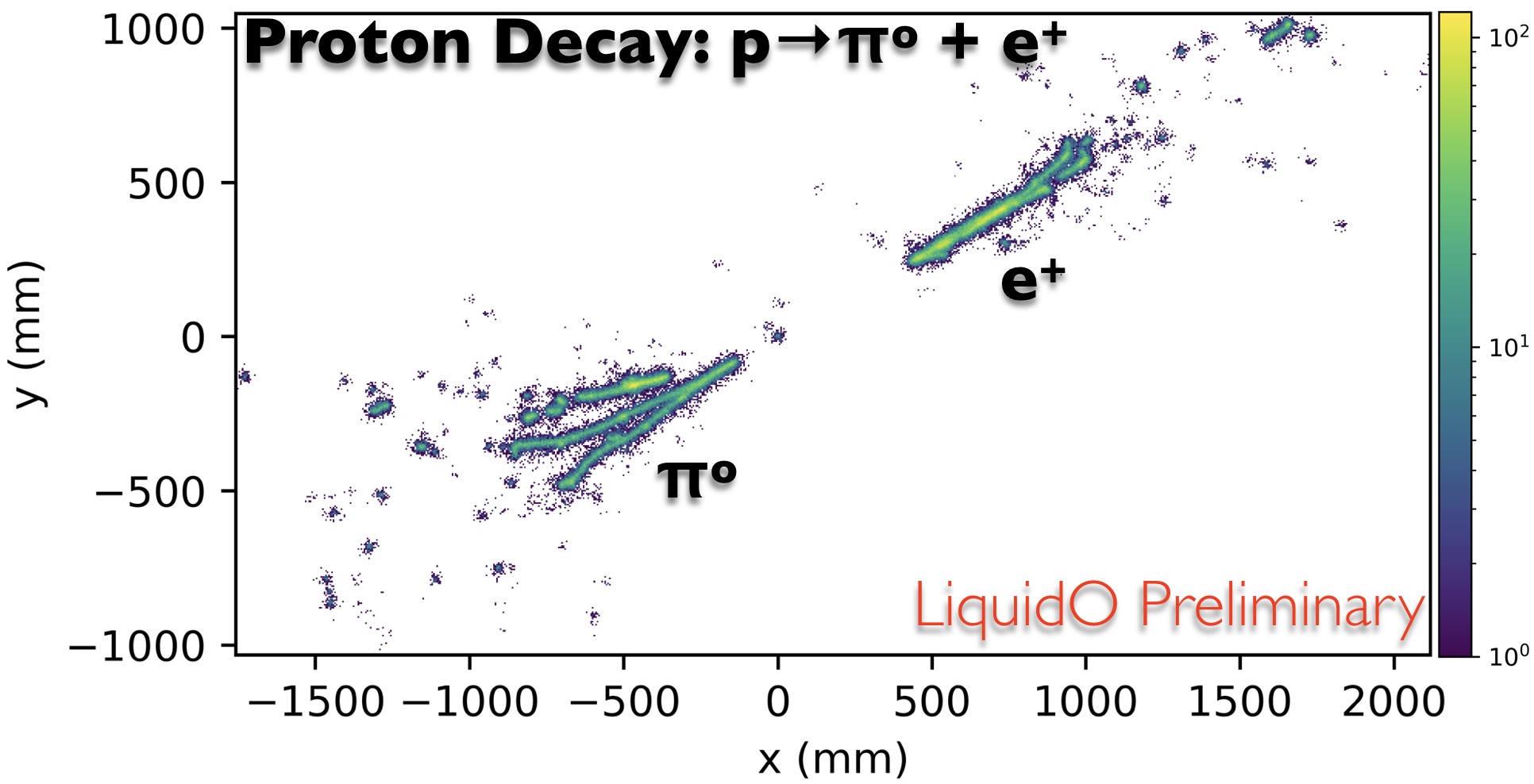 Figure 3: The most explored p→π0 + e+ proton decay channel is illustrated. The decay kinematical back-to-back pattern is expected, where the π0 decay into two γ’s is particularly clear thanks to the low density and long radiation length of LiquidO. The e+ electromagnetic shower can also be observed. The full pattern provides a strong event-wise rejection to possible background cases with high efficienc

As of today, our main studies, so far, had brought us to consider two main potential experimental topics — leptonic unitarity and high mass ββ decay searches. These subjects are renown for their possible discovery potential beyond our successful Standard Model of Particle Physics. While still early, the first feasibility publications are materialising shortly with very promising results. A remarkable research potential beyond today’s reach seems attainable. The observation of leptonic unitarity violation would imply the direct manifestation of new physics via the existence of non-standard neutrino states and/or non-standard interactions — either way, a breakthrough. Likewise, the positive observation of the neutrinoless double beta decay might reveal the deepest nature of the neutrino itself for the first time, including direct and unique sensitivity to its absolute mass scale. The first project was first presented in the EPS-HEP conference (July 2019), where we highlighted the potential to improve the precision on θ13 by almost one order of magnitude. We have developed a full strategy employing reactor neutrinos with a 10 kton LiquidO detector located at Chooz (France), thus the historical Chooz remains one of the best reactor sites in Europe. This hypothetical project, called for now “Super Chooz”, offers an additional uniquely “open sky” research programme, including proton decay as well as supernovae and solar neutrinos detection. LiquidO may excel in the proton decay discovery potential, as illustrated in figure 3. Whereas unprecedented explorations of the sun, and even supernovae, neutrinos may be possible via interactions on doped indium (Raghavan 1976), leading to a robust coincide signature for detection. Although indium based detection has never seen light in an experiment, much of the past groundbreaking R&D demonstrated that large doping levels (order 10%) are feasible. The second project was however first hinted in the NOW-2018 conference (September 2018) and a publication is in preparation. These ambitious experimental goals have so far encounter no evident scientific showstopper. However, we are looking forward to further pushing our detector performance quantification for consolidation in feasibility. While more challenges will surely be ahead, today I can tell that the background control for the ββ programme is one of the most extreme requirements so far.

Have you already gained some experience with the new detector or is it all based on simulations?

First prototype of the LiquidO detector.

Indeed, the experimental validation was, for me, a critical necessary condition to disclose LiquidO, conceived around 2013 but otherwise kept secret till the materialisation of its robust proof-of-principle. Until then, “it looked too good to be true”. Ironically, since LiquidO inherits from the well known scintillation detection, the addition of light scattering may have appeared as a trivial extrapolation. And while it may well be true, the new powerful imaging goes so far beyond today’s performance — and intuition — that dedicated experimental demonstration was highly desirable to ensure performance beyond surprises. This was achieved between mid-2018 and early-2019 using a “tiny” 0.25 litre prototype. The data was easily obtained with our new opaque scintillator (see Novel Opaque Scintillator for Neutrino Detection), but much thinking, extra support laboratory measurements and simulations aided the final corroboration, thus succeeding our first unambiguous experimental proof-of-principle. Since then, we have found no evidence whatsoever of any inconsistency to our scattering dominated model. Hence, LiquidO was decided to be officially released in June 2019 along with our first publication (see LiquidO: Novel Opaque Neutrino Detection Technology and Neutrino Physics with an Opaque Detector).

What are the next steps you have planned?

In 2020, we expect the culmination of our small prototype based R&D and much of the ongoing physics prospect explorations. This should lead to several beautiful publications. Beyond that, we believe neutrino based data is needed to sizeably proceed and yield final consolidating demonstration. Hence, we aim for a few tons full scale demonstrator LiquidO detector to yield accurate performance quantification for physics feasibility. While scaling always entails somewhat a step into the unknown, the experimental programme proposed enables demonstration via leading measurements in the context of neutrino detection and ββ-decay background sensitivity hosted in two European underground laboratories. This programme, proposed in Europe, is led by four principal investigators, including spokespersons from 3 experiments and the extra support by the recently formed LiquidO proto-collaboration and cooperators. We are ready to proceed, as soon as the funding comes along. 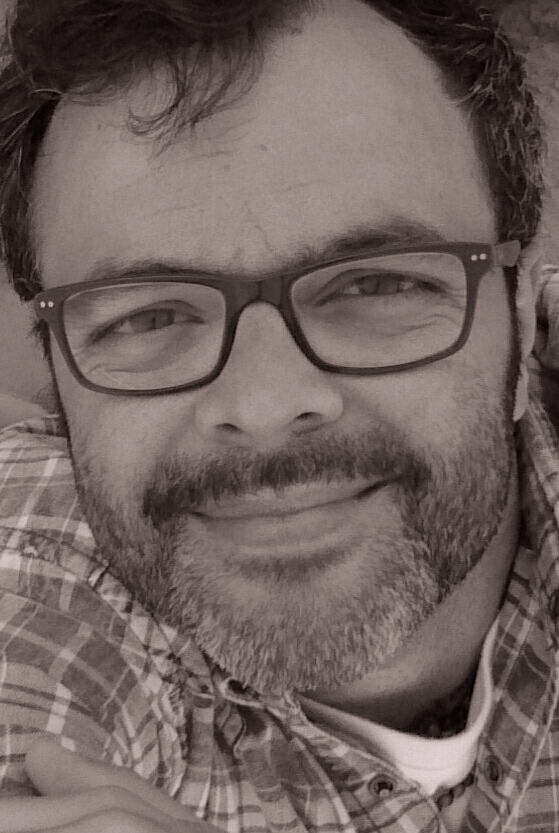 Anatael Cabrera is a neutrino physicist since 2001 when he started his DPhil degree at the University of Oxford (UK) within the MINOS experiment. He is currently CNRS/IN2P3 scientific staff at the Linear Accelerator Laboratory (Orsay, France). Since 2014, he is director of the underground LNCA laboratory (Chooz, France). He is currently spokesperson in the Double Chooz and also supports the JUNO experiment, where he led the co-coordination of the JUNO electronics/trigger system. In 2015, he conceived, proposed and co-coordinates since the Dual Calorimetry system aimed for extra high precision calorimetry control and its dedicated physics programme. Around 2013, he conceived the LiquidO detection technique. Today, LiquidO stands as an international scientific project supported by a proto-collaboration. He is co-spokesperson of LiquidO along with Prof. F. Suekane (RCNS/Tohoku University, Japan).