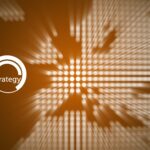 Update of the European Strategy for Particle Physics

Written by katrinlink on 23rd June 2020. Posted in

APPEC congratulates the CERN Council for its decision to update the European Strategy for Particle Physics setting up a vision for the future of particle physics, a process that was inclusive of the full Particle and Astroparticle Physics communities.  The general considerations of the 2020 update acknowledge the importance of the rich and complementary physics programs of neighbouring fields, and in particular acknowledge:
We look forward for the years to come and work together on the realization of these many synergies between Particle Physics and Astroparticle Physics to address the hiding secrets of fundamental physics laws in the tiny nooks of space and time.
Teresa Montaruli, Chair
Job de Kleuver, General Secretary