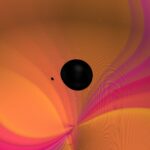 Written by katrinlink on 15th July 2020. Posted in 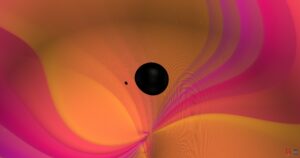 When the most massive stars die, they collapse under their own gravity and leave behind black holes; when stars that are a bit less massive die, they explode in supernovas and leave behind dense, dead remnants of stars called neutron stars. For decades, astronomers have been puzzled by a gap that lies between neutron stars and black holes: the heaviest known neutron star is no more than 2.5 solar masses, and the lightest known black hole is about 5 solar masses. Now, scientists from LIGO and Virgo have announced the discovery of an object of 2.6 solar masses, placing it firmly in the mass gap. About 800 million years ago, this object merged with a black hole of 23 solar masses and, in so doing, emitted an intense gravitational wave. Since the observation of this wave alone, which was detected on Earth in August 2019, does not allow us to distinguish whether the compact object is a black hole or a neutron star, its precise nature remains a mystery.