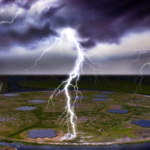 Written by katrinlink on 3rd May 2019. Posted in 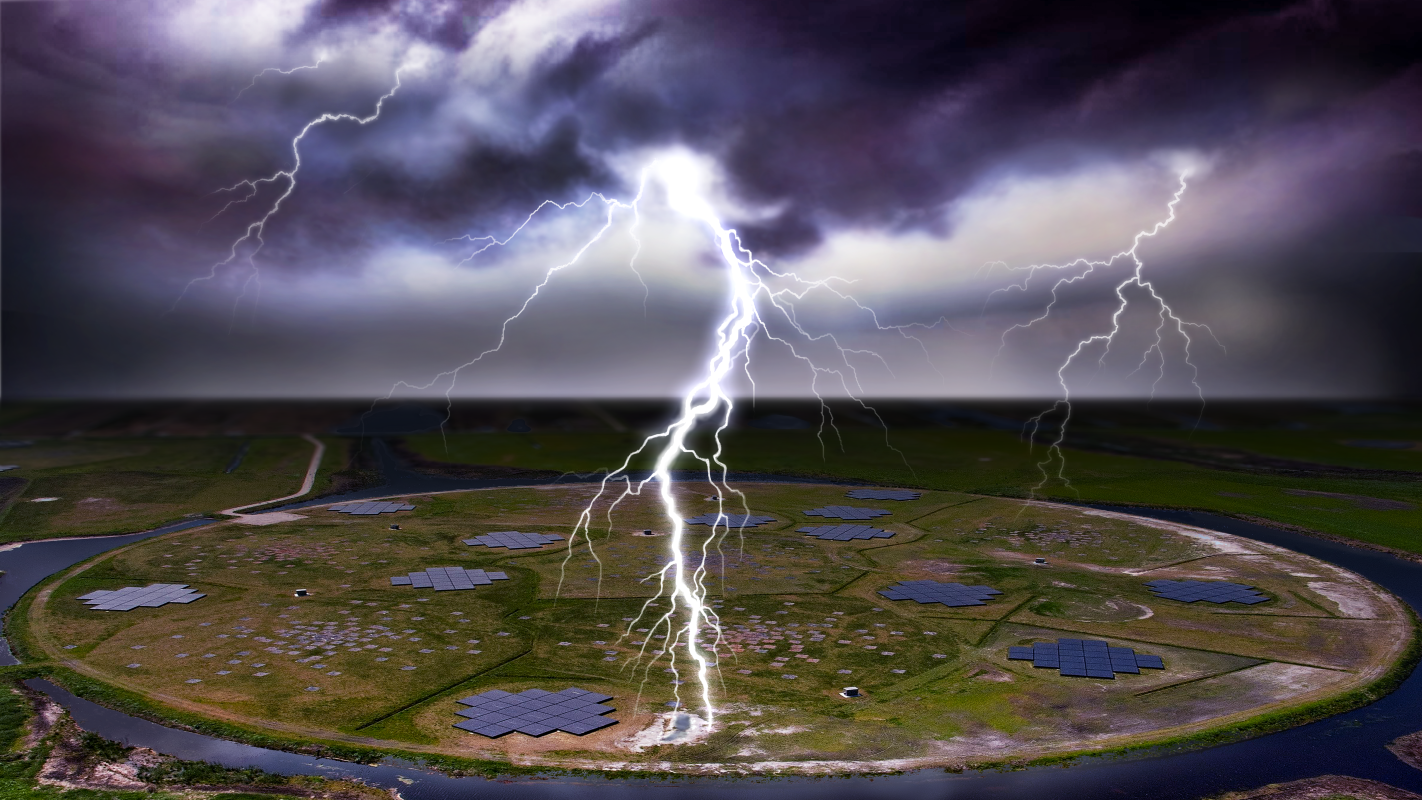 In contrast to popular belief, lightning often does strike twice, but the reason why a lightning channel is ‘reused’ has remained a mystery. Now, an international research team led by the University of Groningen has used the LOFAR radio telescope to study the development of lightning flashes in unprecedented detail. Their work reveals that the negative charges inside a thundercloud are not discharged all in a single flash, but are in part stored alongside the leader channel at interruptions. This occurs inside structures which the researchers have called needles. Through these needles, a negative charge may cause a repeated discharge to the ground. The results were published on April 18 in the science journal Nature.

“This finding is in sharp contrast to the present picture, in which the charge flows along plasma channels directly from one part of the cloud to another, or to the ground”, explains Olaf Scholten, Professor of Physics at the KVI-CART institute of the University of Groningen. The reason why the needles have never been seen before lies in the ‘supreme capabilities’ of LOFAR, adds his colleague Dr Brian Hare, first author of the paper: “These needles can have a length of 100 metres and a diameter of less than five metres, and are too small and too short-lived for other lightning detections systems.”

Low Frequency Array (LOFAR) is a Dutch radio telescope consisting of thousands of rather simple antennas spread out over Northern Europe. These antennas are connected with a central computer through fibre-optic cables, which means that they can operate as a single entity. LOFAR is developed primarily for radio astronomy observations, but the frequency range of the antennas also makes it suitable for lightning research, as discharges produce bursts in the VHF (very high frequency) radio band.

The full press release is available at University of Groningen