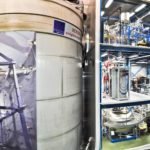 Results from XENON1T, the world’s largest and most sensitive detector dedicated to a direct search for Dark Matter in the form of Weakly Interacting Massive Particles (WIMPs), were reported on Monday, 28th May by the spokesperson, Prof. Elena Aprile of Columbia University, in a seminar at the hosting laboratory, the INFN Laboratori Nazionali del Gran Sasso (LNGS), in Italy.

The international collaboration of more than 165 researchers from 27 institutions, has successfully operated XENON1T, collecting an unprecedentedly large exposure of about 1 tonne x year with a 3D imaging liquid xenon time projection chamber. The data are consistent with the expectation from background, and place the most stringent limit on spin-independent interactions of WIMPs with ordinary matter for a WIMP mass higher than 6 GeV/c². The sensitivity achieved with XENON1T is almost four orders of magnitude better than that of XENON10, the first detector of the XENON Dark Matter project, which has been hosted at LNGS since 2005. Steadily increasing the fiducial target mass from the initial 5 kg to the current 1300 kg, while simultaneously decreasing the background rate by a factor 5000, the XENON collaboration has continued to be at the forefront of Dark Matter direct detection, probing deeper into the WIMP parameter space.

Read the full release on the XENON Experiment website. 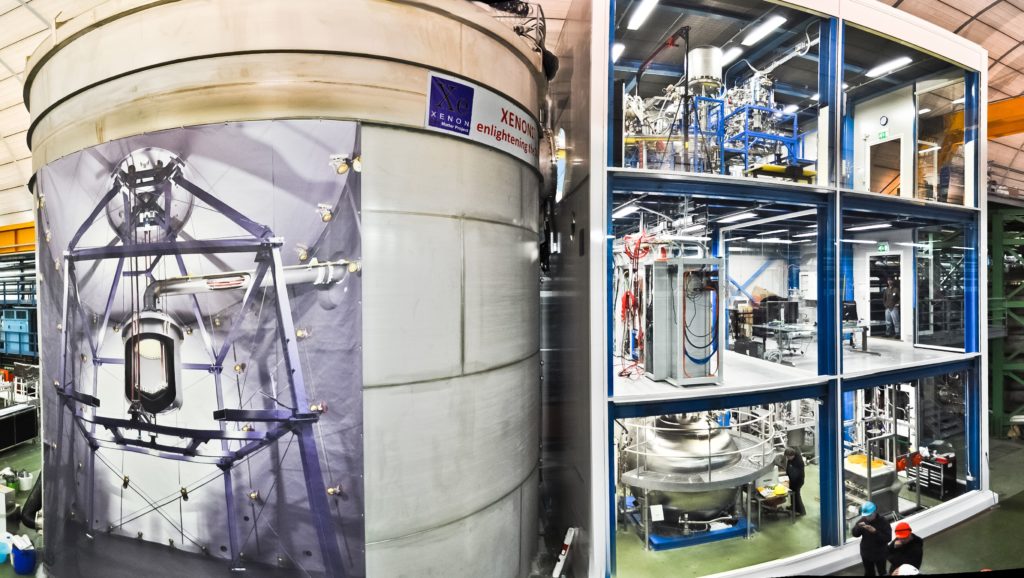 XENON1T installation in the underground hall of Laboratori Nazionali del Gran Sasso. The three story building houses various auxiliary systems. The cryostat containing the LXeTPC is located inside the large water tank next to the building. Credit: Roberto Corrieri and Patrick De Perio