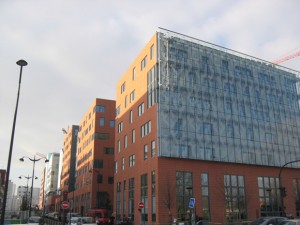 The functional centre in France is located at the AstroParticle and Cosmology (APC) laboratory at University Paris Diderot. Its functions include:

Interdisciplinary links: The interdisciplinary potential of astroparticle physics infrastructures for geosciences, environmental studies, biodiversity and industrial applications was documented within ASPERA, and has been promoted through three workshops. This centre will be responsible for continuing the contacts, bringing these very diverse communities closer, identifying cultural barriers (e.g. ways of publication and access), and for helping to organise access for non-astroparticle physics scientists or industry to astroparticle physics research infrastructure services. The centre organises expert meetings on specific areas of synergy and proposal submission to relevant European programmes. 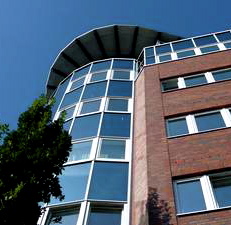 The functional centre in Hamburg is in charge of the overall management, international contact, computing, and industrial relations.

Contact point: This centre serves as a contact point for APPEC’s international relations and organises efforts for extension of the network to other institutions in the European Union or associated countries.

Computing model: The treatment of large amounts of experimental data requires European coordination, as has been demonstrated by CERN and by the virtual observatories. A common policy has to be defined concerning future technology possibilities and data management models (e.g. Grid and Cloud). Coordination of research and development in this area with industry involvement is therefore essential. Within the ASPERA-2 project a series of workshops (Lyon, Barcelona, Hannover) on the computing model for astroparticle physics have been organised as a result of which a white paper has been prepared that serves as a guide for this centre.

Industrial coordination: Given that the number, size and needs of the astroparticle physics infrastructures will be continually developing, exchanges and collaborations should be enhanced between the astroparticle physics community and small and medium Enterprises (SMEs), as has been done through the technology forums so far. All stakeholders (funding agencies, astroparticle physics community, SMEs) have emphasised the importance of the continuation of such efforts. More specifically, this centre maps the existing large projects and industrial partners and coordinates their interaction; assists the projects in their procurement policy; facilitates industrial development in the home countries of all participating institutions to match astroparticle project needs; incites industrial developments in the home countries of all participating institutions in areas where the know-how is dominantly non-European; develops a policy of access to astroparticle physics research infrastructure for industry; encourages innovation by concentrating on two or three key R&D projects of clear pan-European interest.

Examples of actions include: the organization of an annual meeting of Technology Transfer Officers of APPEC participating institutions; organization of an annual workshop in the format of those organised in the context of the ASPERA projects (photodetection, mirrors, lasers, cryogenics); the organization of a smaller meeting with of a group of industry representatives to inform on progress and needs of large projects; the maintenance of a website specifically for industrial relations; special efforts to develop links with industry in smaller European countries; the establishment of links with similar European efforts (e.g. CERN’s HEPTech).

Accounting and documentation: This centre keeps track of participating institutions’ contributions both in cash and in kind, to report to the APPEC General Assembly. The centre is also in charge of keeping all papers (e.g.contracts, agreements, etc.). 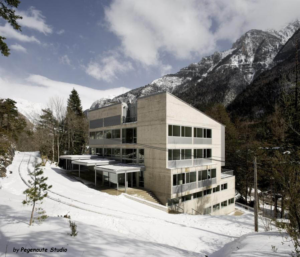 The functional centre in Italy has three main commitments:

Networking actions: One of its main functions is to create a network among the multitude of European institutions and projects related to astroparticle physics, aimed at improving their collaboration in management, funding, and administration of upcoming research.

Theory: LNGS is in charge of organising a “virtual” theoretical astroparticle physics centre, indispensable for interpreting the experimental data. The initiative consists of extended yearly workshops (two to four months), where senior and young researchers work together for at least two weeks on scheduled items.

The functional centre in Karlsruhe is responsible for Outreach and Communication.

Outreach & Communication: Communication and outreach are key elements for the successful establishment of a European coordinating body. In this centre there is an outreach officer who links and coordinates with the participating institutions to develop content and keep up-to-date communication tools and channels (newsletter, website, social media). They also provide support to the network for outreach and communication issues, stimulate and contribute to the communication of current and forthcoming projects, and support educational projects. Online and offline dissemination material, and existing channels to decision-makers, politicians, journalists, scientists and the general public, are used to communicate and promote APPEC, astroparticle physics infrastructures, and projects. 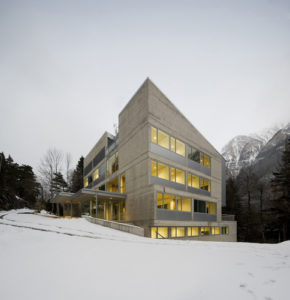 The functional centre in Spain is located at the Underground Laboratory in Canfranc, (LSC), a facility for underground science. LSC provides web support, as well as supporting APPEC outreach activities.

The functional centre in in the Netherlands is takes care of the Roadmapping and is responsible for strategic actions:

Roadmapping: The remarkable progress that has been observed in the field of astroparticle physics over the last decade is expected to continue. An annual meeting of the Scientific Advisory Committee (SAC) examines the progress of the roadmap, and issues a short recommendation text to the General Assembly. The generation of a more detailed update of the astroparticle physics roadmap once every three years is one of the essential tasks of the common structure. The SAC also evaluates the developing links with related disciplines (particle physics, cosmology, astrophysics or even geosciences). The centre also helps the SAC in the process of providing elements for the assessment of the readiness of the different projects and the individuation of common standards for the deliverables, as well as critical reviews and decision points at different stages of the projects.