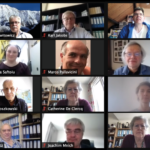 Written by katrinlink on 22nd April 2021. Posted in

On 1 April the APPEC General Assembly came together online for their first meeting in this year. The new Chair Andreas Haungs announced some changes in personnel at the beginning of the session: 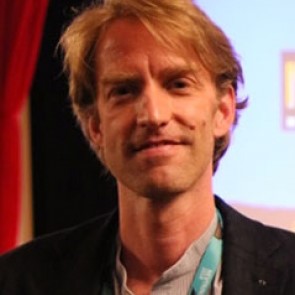 A. Kouchner, new Co-Chair of the APPEC General Assembly.

Antoine Kouchner, director of the APC laboratory, was endorsed as Co-Chair of the General Assembly. He is since many years closely related to APPEC and leads the French functional office of the joint secretary of APPEC. Congratulations to Antoine and we look forward working with him in his new role!
Additionally we welcome our new representatives Nicu Marginean (IFIN) and Alexandra Saftoiu (IFIN) for Romania, Christos Markou (NCSR Demokritos) for Greece and Matthias Marklund (VR) for Sweden.

He also encouraged the astroparticle physics community to engage with the ASTRONET Science Vision and Infrastructure Roadmap for European Astronomy and give feedback to the draft reports, which is still possible until the end of April. https://www.appec.org/news/update-on-astronet-science-vision-and-infrastructure-roadmap-for-european-astronomy

Last year the Neutrinoless Double Beta Decay APPEC Sub-Committee gave advise on the European (and global) program and as a follow-up action an 0νββ European – North American Summit will be organised from 29 Sep to 1 Oct 2021.

Then Katharina Henjes-Kunst gave an overview about current activities from the General Secretariat including the status of the Town Meeting which will be held 9-10 June 2022 in Berlin and the next APPEC TechForum on Robotics in Harsh Environments, which shall take place in Prague.

The last topic on the agenda was the report from the Direct Detection of Dark Matter Sub-Committee led by Leszek Roskowzki. He gave a summary on the report and then the chair of the Scientific Advisory committee, Sijbrand de Jong, congratulated the members of the DDMD sub-committee for their excellent report and thank them for the hard and thorough work they have put in.
After the report was discussed, the GA endorsed it and it is now published on our website and on arXiv. The follow up actions will be a topic during the next General Assembly meeting in June.